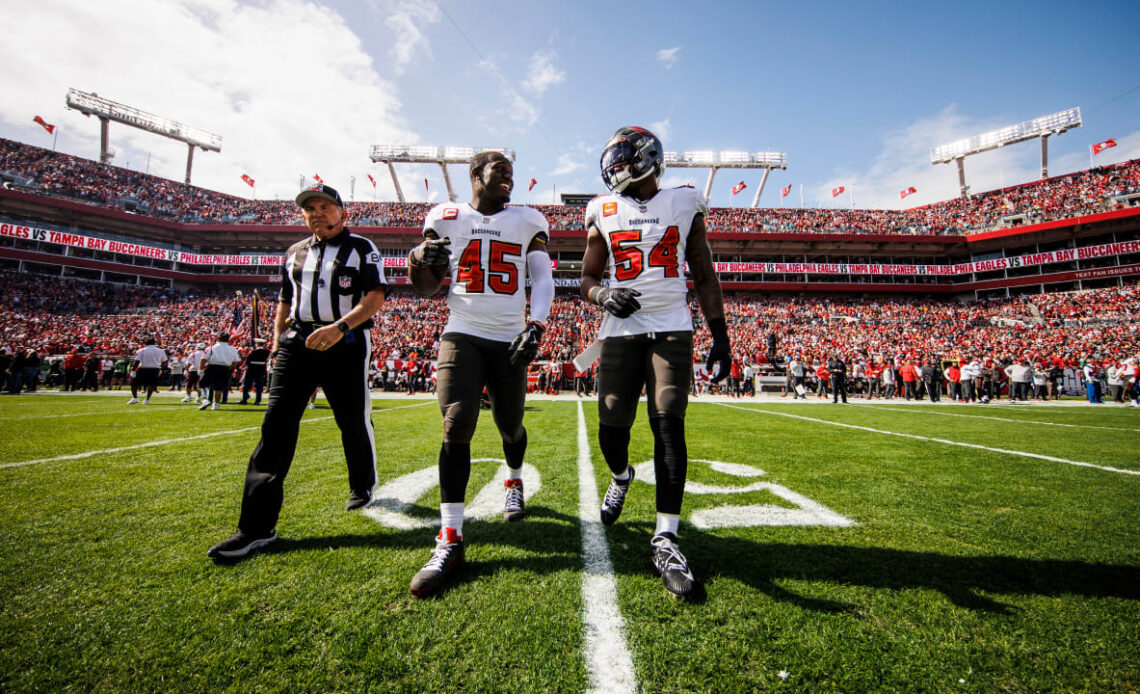 A new league year begins, ushering in change. From free agency departures to re-signings to draft selections, the roster evolves. With the Tampa Bay Buccaneers win-now approach as Tom Brady returns for his 23rd season in the NFL, the organization is striving to remain atop the NFC hierarchy in 2022. Each position group will be evaluated during the offseason workout program as turnover shifts the depth chart. Next up in the series, let’s take a look at the inside linebacker position.

At the heart of the Bucs’ defense are incumbent starters Lavonte David and Devin White, who form arguably the best linebacker tandem in football. In 2021, both were cornerstones in a defense that finished third in rushing yards allowed, fourth in yards allowed per pass play and sixth in points allowed under the tutelage of Todd Bowles.

David has a knack for effortlessly punching out the ball and flies all over the field from sideline-to-sideline with rare athleticism. His understanding of schemes and dedication to film study on the opponent translates on Sunday. During the first eight years of his tenure in Tampa, the Bucs did not play in a single playoff game but despite the lack of notoriety placed on the team, David remained consistent. He is a tackling machine and a formidable run defender, leveling rushers near the line of scrimmage. David’s play recognition elevates the Bucs’ defense.

White is a complementary force in the middle of the defense. He led the Bucs’ defense with 128 tackles last season, showcasing his 4.44 speed. He recognizes, then immediately reacts and aims to destroy. With explosion out of his stance, White can quickly get outside to disrupt quick passes and bubble screens. White is a lethal blitzer who has bolstered the club’s pass rush the previous three years. With his speed, White can spy mobile quarterbacks and cover outside of the tackle box on pass plays.