5 Things to Watch at Bucs OTAs 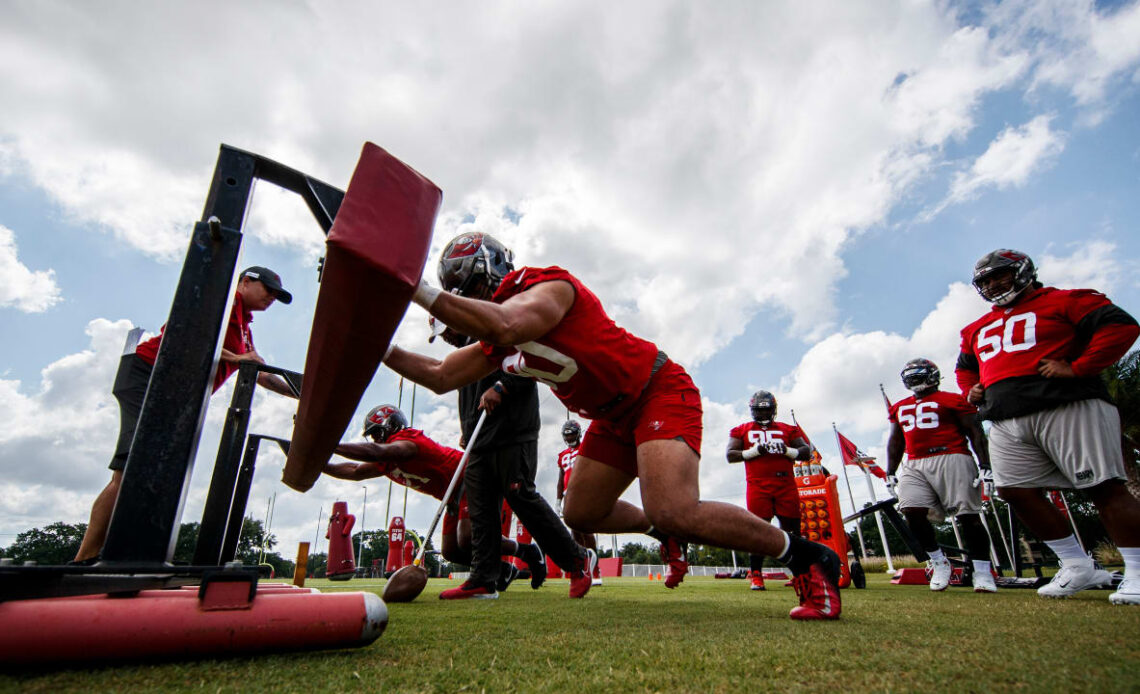 The NFL offseason is in full swing as teams around the league prepare for the fast-approaching 2022 season. The Tampa Bay Buccaneers began Phase III of their offseason workout program last Tuesday as the first week of organized team activities (OTAs) officially kicked off.

At this point, OTAs are voluntary, and teams are permitted to partake in offense versus defense, 11-on-11 drills. During the three-week span of OTAs, the Bucs will have open media availability on Tuesday, May 17, Wednesday, May 25 and Wednesday, June 1. Before the team breaks for summer, the Buccaneers will hold a mandatory mini-camp from June 7-9, which will be open to media at the AdventHealth Training Facility. The workouts will set a foundation for the future before the club returns for training camp in late July.

Ahead of Wednesday’s practice, here are five things to watch.

For an offensive line, the biggest link to success is continuity: five men playing as one. The Buccaneers’ offensive line is touted as one of the best in football but this year the unit will undergo a transition as two new faces will join the starting lineup. Former Patriots’ anchor Shaq Mason will start at right guard following the departure of Alex Cappa in free agency (Bengals). The question surrounds the left guard successor for Bucs’ legend, Ali Marpet. Due to his talent, intangibles and high-draft status, Luke Goedeke is a strong contender for the vacant role.

It will be intriguing to watch who gets the majority of first-team reps throughout OTAs. The acclimation process to the NFL for rookie Goedeke will have to be accelerated. Whoever steps up to the line of scrimmage will be protecting Tom Brady, regarded as the greatest quarterback of all time. There is little room for error as the Bucs journey towards another Lombardi Trophy in 2022. Veteran Aaron Stinnie has the most experience at the position, albeit on the right side, where he stepped in for an injured Cappa during the 2022…