Bucs’ Inside Linebacker Corps Coming into Focus at OTAs 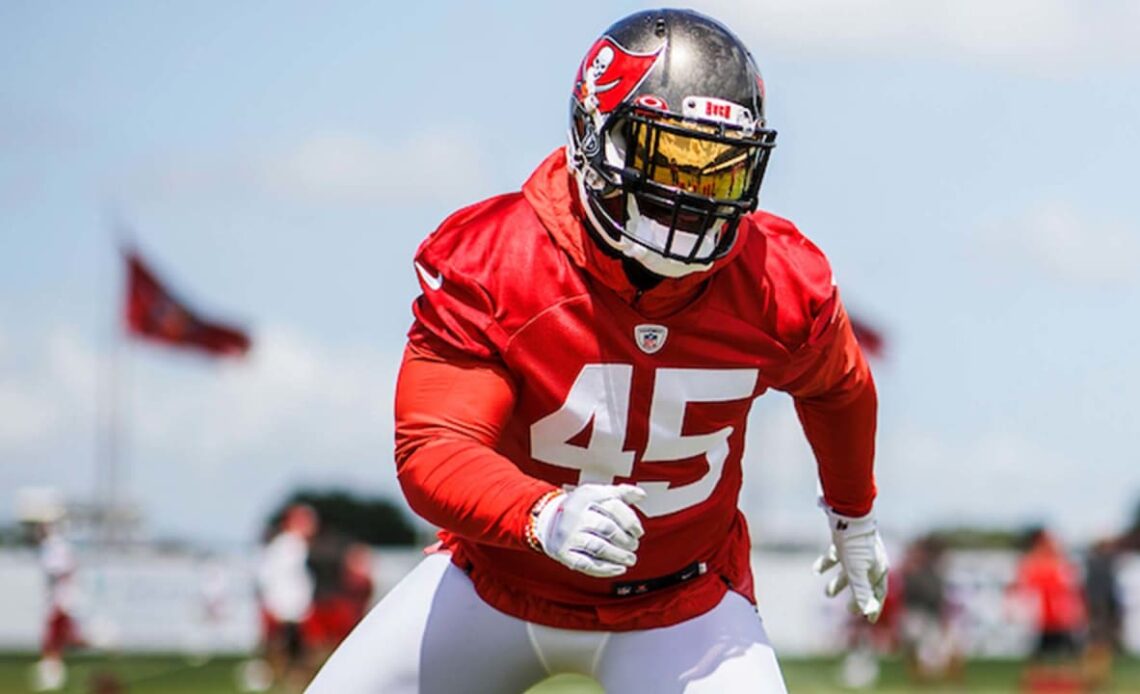 Devin White showed up for the second week of the Tampa Bay Buccaneers’ very voluntary OTA practices, and it’s pretty clear why. Even after making his first Pro Bowl after the 2021 season, White has engaged in a campaign of self-examination, with the goal of taking his game to another level.

The Buccaneers need White to be at his playmaking best if they are going to optimize their inside linebacker position. It’s a top-heavy group with White and Lavonte David, and it will likely only run five men deep. And as long as White and David are healthy, the other three will be focused almost completely on special teams assignments. David, the consummate professional, has been playing at an All-Pro level for most of a decade, and while he is still going strong he likely has put more than half of his career in the books by this point. White is four seasons and reasonably still ascending but he knows it’s going to take at Lavonte-like level of professionalism to continue in that direction.

“For myself to tap into another level – I know what everything feels like, I know all the accolades – I think for myself it’s just being consistent, with my diet, with my training, doing extra, making sure the fourth quarter still feels like the second quarter to me,” said White. “As a young player, you kind of slack off in some of those areas because you’re young [and] you can just go out there and run. I think I’ve got to be more consistent on just myself and do what’s best for me.”

White said he played last season at about 240 pounds but wants to keep it at 235 this season in order to maintain his speed and stamina late into games. He also admits that he’s still learning and said after Wednesday’s practice that for him at this point in his career it’s more about brains than speed. White referenced former Panthers’ star middle linebacker Luke Kuechly, who maximized his impressive talents with an ever-growing knowledge of the game and the defenses he was playing in.