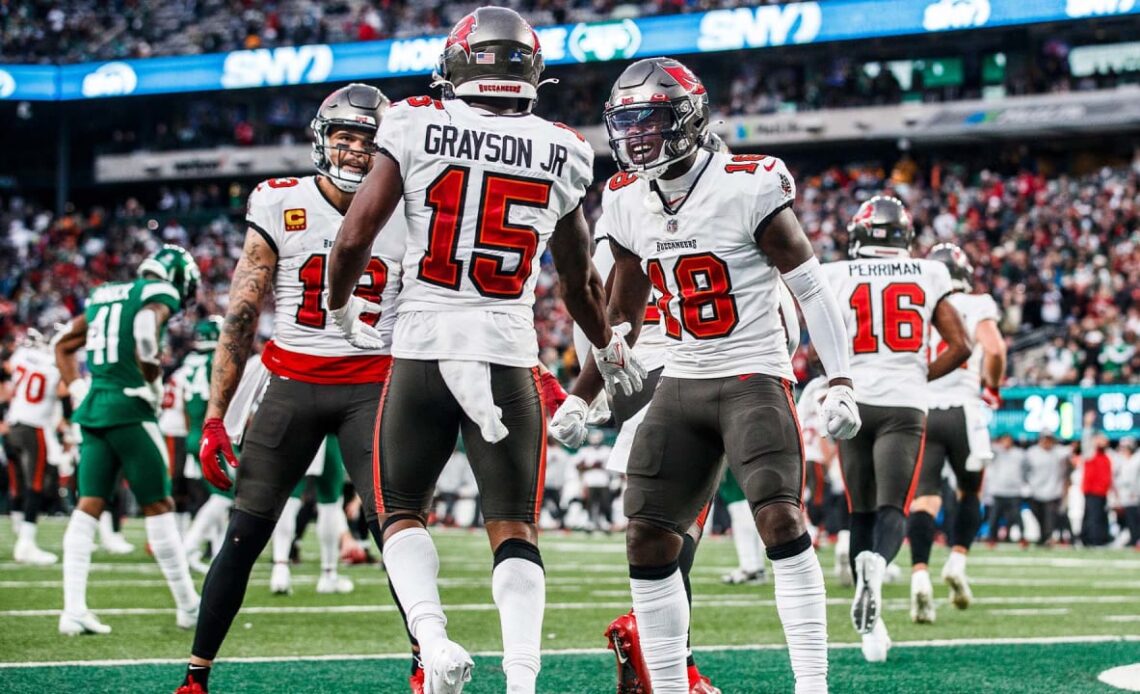 In Week Eight of the Tampa Bay Buccaneers’ 2021 season, wide receiver Cyril Grayson caught a 50-yard touchdown pass from Tom Brady that briefly gave the Buccaneers a fourth-quarter lead in New Orleans. The Saints would answer with the game-winning points, but nine weeks later Grayson would strike again, catching a 33-yard touchdown pass with 15 seconds left in a thrilling 28-24 road win over the New York Jets.

In neither Week Eight or Week 17 was Grayson on the Buccaneers’ active roster during their week of practice. In fact, he didn’t spend a single week on the team’s 53-man roster during the 2021 regular season.

So how did this second-year wideout manage to produce two of Tampa Bay’s biggest offensive plays of the season? The answer lies in new practice squad rules introduced in the new Collective Bargaining Agreement in 2020 and over the past two seasons in response to the COVID-19 pandemic. On Wednesday, the NFL and NFLPA agreed on a set of roster rules for the 2022 season and beyond, and not only are the practice squad rules of 2020-21 remaining in place but they’ve been tweaked to provide teams even more game-day flexibility. In its official document explaining the rules to team officials, these new practice squad provisions are described as “permanent.”

Grayson played in those Saints and Jets games, and three others during the regular season, after being “elevated” from the practice squad to the active/inactive roster for game day. As per the rules, after each game he reverted to the practice squad without having to pass through waivers. This practice squad elevation option, added in the 2020 CBA before other revisions were made in response to the pandemic, allowed teams to carry up to 55 players and keep up to 48 of them active on game day, without expanding the 53-man rosters.

The Buccaneers used that option a total of 31 times over the course of 19 games last season, postseason included. Teams were permitted to elevate up to two players per game any…