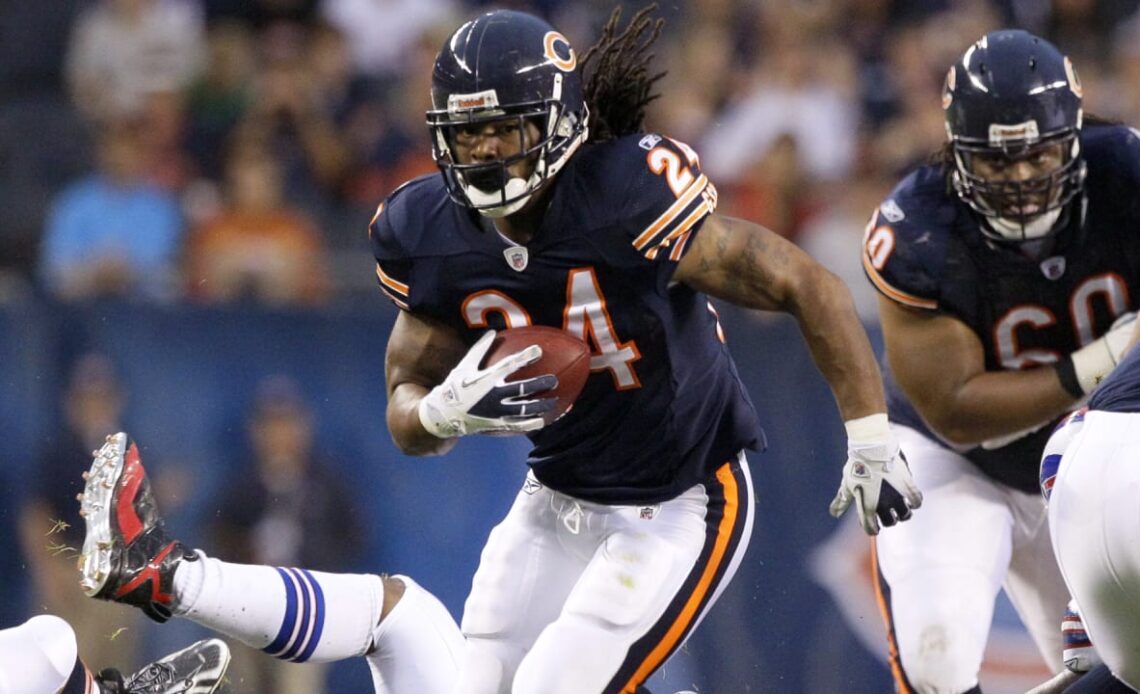 Former NFL running back Marion Barber, who spent the final season of his seven-year pro career with the Bears in 2011, has passed away at the age of 38.

Police in Frisco, Texas, reportedly found Barber Wednesday in his apartment while responding to a welfare check. The cause of his death is unknown.

A bruising running back, Barber was selected by the Cowboys in the fourth round of the 2005 draft out of Minnesota. He spent his first six NFL seasons in Dallas, rushing for 4,358 yards and 47 touchdowns on 1,042 carries and catching 174 passes for 1,280 yards and six TDs.

He was released by the Cowboys July 28, 2011, and signed with the Bears two days later. Serving as the team’s No. 2 running back behind Matt Forte, Barber appeared in 11 games with one start in 2011, rushing for 422 yards and six touchdowns and registering five receptions for 50 yards.