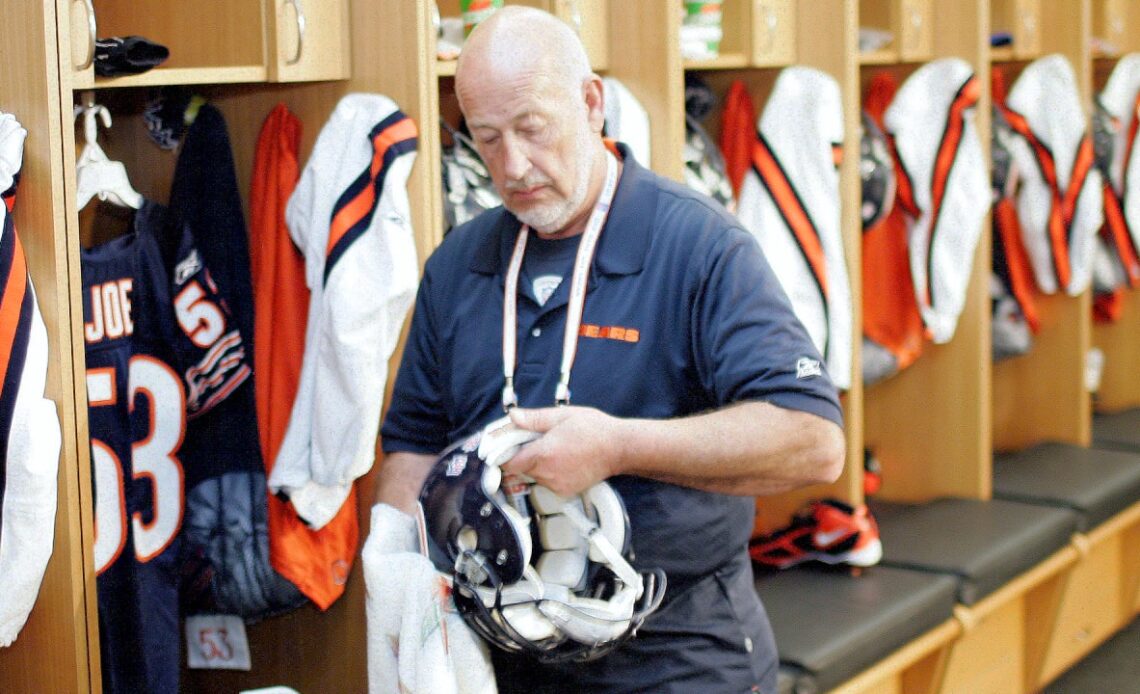 On game days at Soldier Field, Krajniak would help set up the bench area, ensuring that it was ready for players, coaches and staff.

“He took ownership of all that and felt a personal responsibility to everyone that was going to be in that area,” Mrock said.

“He was a mentor to many people. People would come to him for advice on certain things. He was someone you could count on all the time. He was there as long as you’d need him. He meant a lot of things to a lot of people. He rubbed off on a lot of people in such a positive manner that it was uplifting for everybody.”

Krajniak grew up in Chicago and attended Weber High School. He worked as a crane operator for the Chicago Park District for about 25 years before joining the Bears. He loved playing poker and golf with friends and cooking for his family.

“I think he would want to be remembered as a great friend to many and a great father and grandfather,” said his daughter, Kathy. “He loved a lot of people and he got as much love back as he gave.”

Kathy will always fondly remember going to her father’s house for dinner twice a week.

“He was a great cook,” she said. “He hosted many, many parties. All the holidays were at his house. He was always the cook. He was just so generous to everybody and welcoming. He was a surrogate to a lot of people. My kids have some friends that didn’t have grandfathers—maybe they had passed—and they always called him grandpa.

“Even when he was sick, I was going to Florida to see my son and he was mad that I didn’t let him drive me to the airport. He still was doing things for people when he wasn’t feeling well.”

Visitation for Krajniak will be held from 4-9 p.m. Friday at Olson Burke Sullivan…