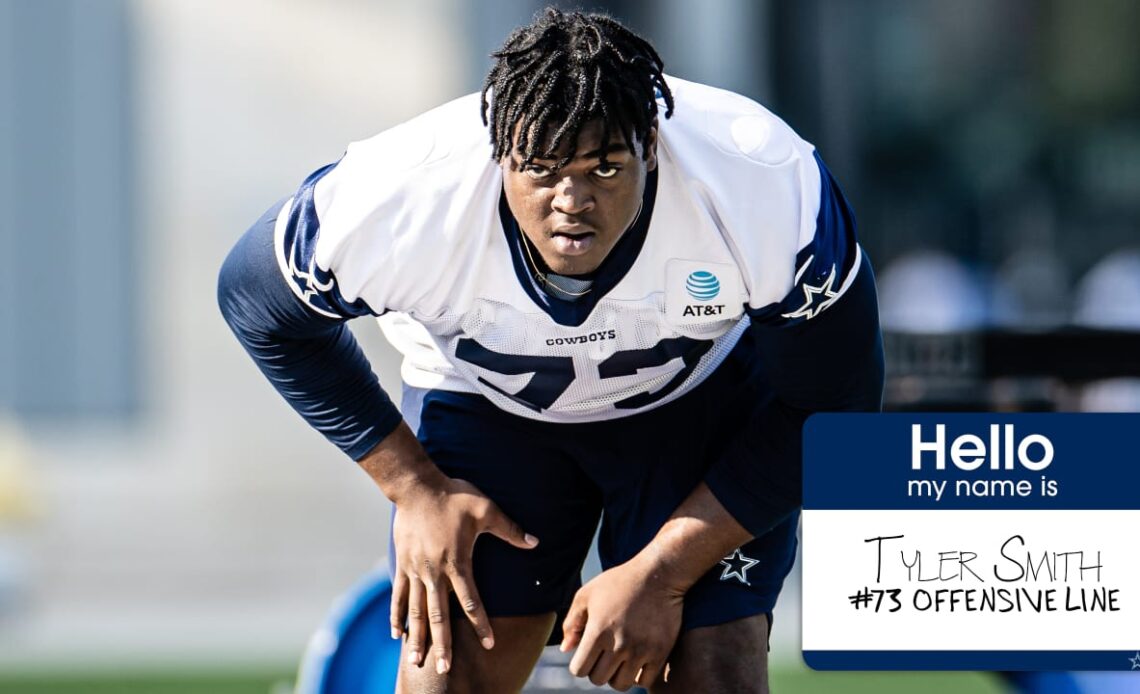 (Editor’s Note: The offseason program is in full swing, and it’s no longer too early to look ahead. As part of the preparation for training camp, this series will introduce 25 key players who are new to the Cowboys’ roster, rookies and veterans alike. The series continues today with offensive lineman Tyler Smith.)

How he got here: This one should be fairly obvious. The Cowboys made Smith, the 21-year-old left tackle out of Tulsa, the No. 24 overall pick in this year’s NFL Draft. They picked him after watching the likes of Kenyon Green, Zion Johnson and Treylon Burks go off the board – and they memorably took him ahead of more high-profile prospects like Tyler Linderbaum and Devin Lloyd. But from the moment his name was called, Cowboys officials have been firm that Smith was one of their primary targets and someone they think can prove to be valuable in both the short and long term. For Smith’s part, he clearly isn’t afraid of the spotlight. The rookie has embraced wearing Larry Allen’s No. 73, and he has already displayed the competitive demeanor that put him on so many teams’ radars during the draft process.

What’s next: Ask a Cowboys coach about Smith’s future, and you’re going to get a vague answer. The team sees him as a “left side player,” meaning they hope he can help them at both left guard and left tackle. Specifically, they hope he can grow into a dominant left tackle and an eventual heir to Tyron Smith, who has manned that position for a decade now. Realistically, the Cowboys are kidding themselves if they think we can’t see the writing on the wall. Smith is here to be a big, imposing force at left guard – for the time being, at the very least. The expectation is that Smith will work at both positions, especially given Smith’s well-documented injury history. But an upgrade at the left guard spot would do wonders to improve the Cowboys’ offensive line, so it makes sense if that’s the current focus for the first-round pick.

Bet you didn’t know: Even if…