2021 Was A “Tough” Learning Experience For Zeke 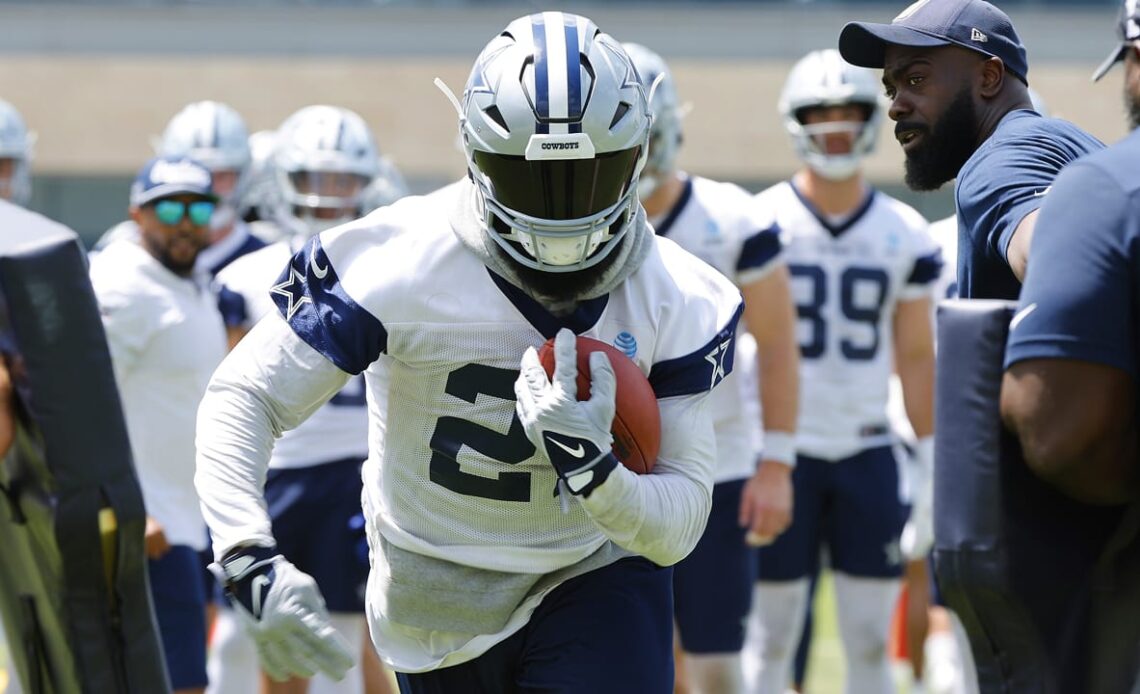 “It maybe took me a month or two to get to feeling 100-percent,” Elliott said. “I was hurt last year, but that’s football. After week one no one can be healthy.”

It was a year where Elliott, 26, learned about himself, his toughness, but also his limitations when playing one of the highest-contact positions in the sport. A season that reshaped his view on how his career will look from now on.

“I knew I was tough, and that I could play through injuries. It was definitely tough, but it’s my job,” Elliott said. “You’ve got to alter and evolve as a pro. My training now focuses on what I need to get better at, what my deficiencies are, where I need to get stronger.”

While he wouldn’t go into what exactly the deficiencies were that he continues to work on, Elliott mentioned that one of the biggest priorities this offseason is staying healthy. Prior to his injury, he averaged 85.5 yards per game and finished with just 49.4 yards per game afterwards.

Additionally, he’s hyper-focused on the team’s general success and how in year seven of his NFL career, he has a large role to play in the leadership of the team.

“We’ve got to be more consistent; I think that some parts of last year we played some really good football and other parts not so good football,” Elliott said. “We’ve got to find a way to eliminate those peaks and valleys.”

As a core member of the offense since entering the league in 2016, no one would know how to eliminate those ups and downs more than Elliott. And proven by example in 2021, he believes toughness is a way to find stability.

“Toughness to me means, regardless of circumstances and regardless of what you’re up against, going out there and giving it your all.”

Along with the update on his health, he also addressed an earlier report that he was clocked at 22 mph during an offseason workout. This time, he was a little more modest.

Either way, sounds like for Zeke and his teammates, the 2022 season can’t get here fast enough.