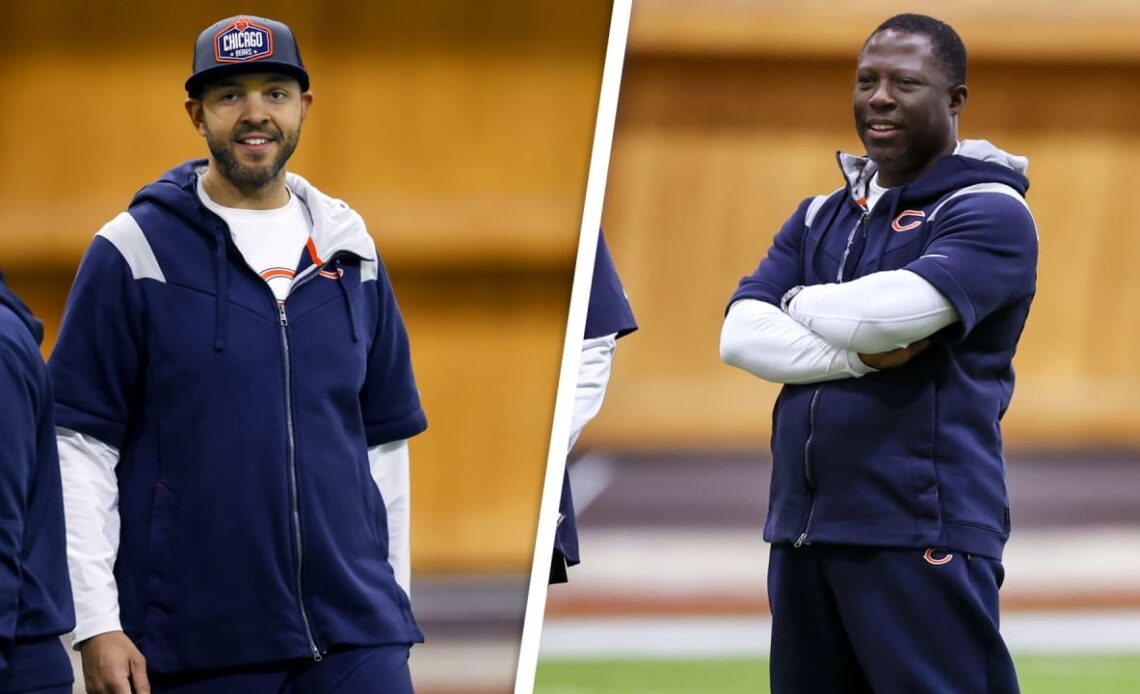 The event was staged to help continue building a diverse hiring pipeline for future head coach and general manager positions throughout the league.

Each NFL team nominated rising prospects to participate in the program. In addition to leadership development and sessions on the business of football, attendees engaged in candid discussions about how to take the next step in becoming a front office executive or head coach.

In his first year as assistant to general manager Ryan Poles, Cunningham joined the Bears after spending the previous 14 seasons in NFL personnel with the Ravens (2008-16) and Eagles (2017-21). One thing he enjoyed learning more about at the accelerator program was the business of football.

Williams enjoyed learning more about the CBA and the salary cap, issues he’d need to be familiar with to interview for a head-coaching position. The Bears defensive coordinator also benefitted from taking part in problem-solving scenarios that don’t have a simple solution, such as what to do if an assistant coach is suspected of leaking information to the media.

“Everyone can put out fires when it’s A or B,” Williams said. “But when it gets kind of gray, [it’s important] to be able to problem-solve and find ways and do your due diligence.”

Williams lauded George H. McCaskey for introducing him and Cunningham to NFL owners, saying that…