Pushing Pause To Think About This 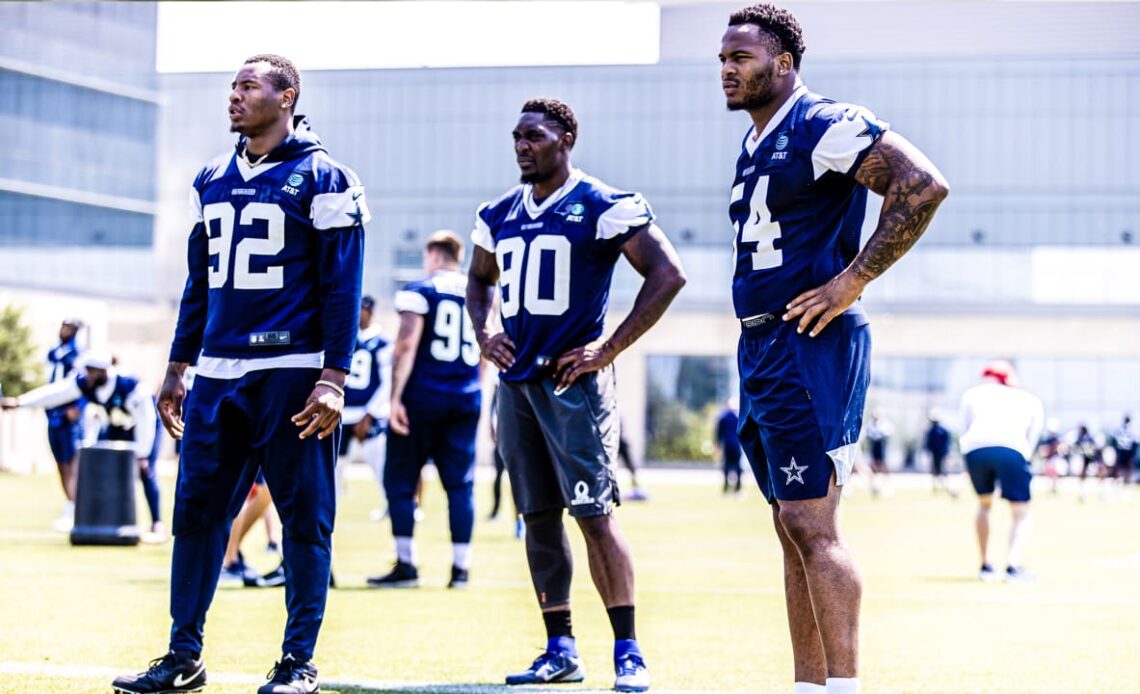 That the Eagles and the Giants and the Commanders (still not comfortable typing that) have added so much that at least one of them will make sure the Cowboys don’t become the first NFC East team to repeat as division champs since Philadelphia won four straight titles from 2001-04.

You know, because the Cowboys lost Amari Cooper and Randy Gregory and, OK, let’s throw in Connor Williams and Cedrick Wilson, too, but of their own volition. My gosh, they traded away Cooper for peanuts. Well, essentially for the sixth-round draft choice notching them linebacker Devin Harper with the 193rd pick this year. At best, they can merely hope Harper makes the team.

Hated to lose those four guys. But there is a cap. Can’t keep ’em all. Have to pick and choose. And the Cowboys have picked Dak and Zeke and Zack and Tank and Tyron and Gallup and Dalton. Especially Dak.

And for starters, that’s what separates the Cowboys from the rest of the NFC East. The quarterback. Them others at quarterback, they are hoping at this point. Plus, let’s remember that while going 6-0 against the division in 2021 the Cowboys outscored those three opponents by a combined score of 240-107. The closest encounter was the 27-20 victory over Washington, though leading 27-8 with less than six minutes to play before the newly minted Commanders scored two touchdowns, one on an interception return.

Yes, seemingly through the draft and free agency those teams did get better. But, hey, there’s a huge gap to close.

OK, granted the Cowboys haven’t improved offensively … yet. As has been pointed out, we have questions. Like can CeeDee Lamb carry the No. 1 receiver mantle? Will James Washington and rookie Jalen Tolbert be able to hold down the receiver fort until Michael Gallup returns? And…