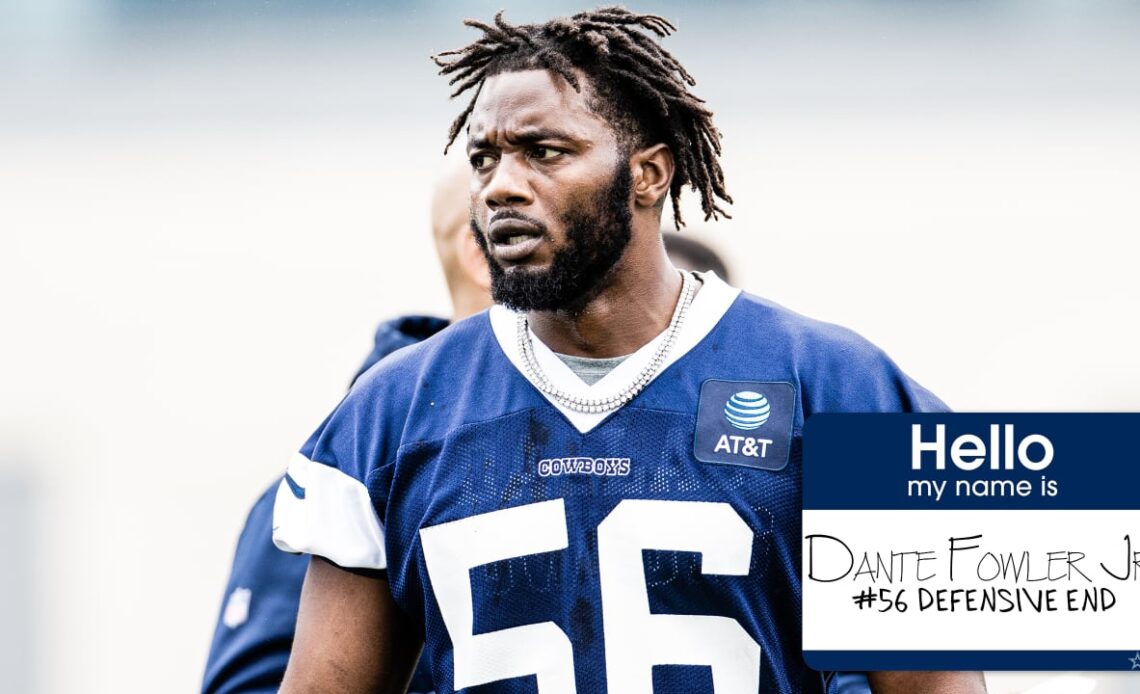 (Editor’s Note: The offseason program is in full swing, and it’s no longer too early to look ahead. As part of the preparation for training camp, this series will introduce 25 key players who are new to the Cowboys’ roster, rookies and veterans alike. The series continues today with defensive end Dante Fowler Jr.)

How He Got Here: Three days after Randy Gregory agreed to join the Broncos in free agency, the Cowboys reached a one-year deal with Fowler in mid-March, addressing an obvious need at the defensive end spot. Fowler and Gregory were actually in the same 2015 draft class; Fowler went third overall to Jacksonville and Gregory dropped to Dallas in the second round. Fowler has 188 career tackles and 35 sacks in seven seasons with the Jaguars, Rams and Falcons.

What’s Next: In a larger context, the Cowboys also re-signed key backup Dorance Armstrong the same week Gregory departed for Denver, and a month later they drafted former Ole Miss edge rusher Sam Williams in the second round. Clearly, Dallas will look to replace Gregory’s production collectively, and defensive coordinator Dan Quinn always prefers to play a large rotation anyway. Last season, defensive tackle Osa Odighizuwa was the only defensive lineman who played over 50% of the snaps (53.5%). Gregory and starting defensive end DeMarcus Lawrence missed multiple games but only averaged 36 and 38 snaps per game, respectively, when healthy.

Point is, Fowler won’t be asked to carry the load by himself. Quinn will have a clear vision for his role, though. He knows Fowler well, having coached him at two prior spots. And while Fowler hasn’t produced huge sack totals over his career, he’s produced 30 pressures in each of the last two seasons, according to Pro Football Focus. That’s the same number the Cowboys credited Gregory with last year. He’s also been a solid run defender in his career.

Bet You Didn’t Know: Fowler has shown he’s capable of producing a double-digit sack season. He tied for the eighth-most…