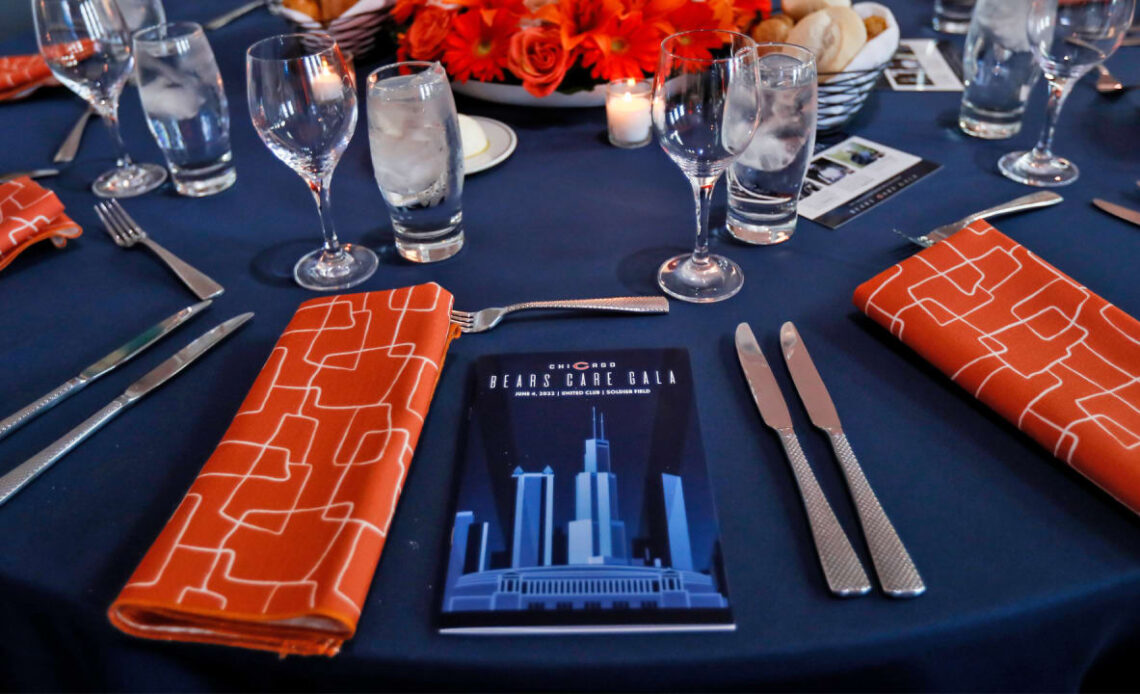 The 2022 season is still three months away, but Soldier Field was teeming with Bears players, coaches and fans Saturday night.

After being cancelled each of the past two years due to COVID-19, the annual Bears Care Gala returned to the United Club.

“I’m so happy that they’re here,” Mrs. McCaskey said. “I know that some of them have very personal reasons for being here and others are just joining our group. And I think the same thing is true about our Gala community, all of our new coaches.”

The Gala provides continued support for promising ongoing research in the fight against breast and ovarian cancer and funding new initiatives and clinical trials, several of which focus on addressing health inequity in cancer care for women of color.

The black-tie affair kicked off with the Orange Carpet hosted by Bears reporter Lauren Screeden and Adams at the Dr Pepper Patio. A VIP party with specialty cocktails, an on-field player tunnel experience, photo opportunities and more was also held during the Orange Carpet reception. Jeff Joniak, voice of the Bears on WBBM Newsradio 780 &105.9 FM, emceed the Gala and was joined by former Bears guard and current radio analyst Tom Thayer in conducting the live auction.

Through the annual Gala, Bears Care has been able to award nearly $16 million in grants to Chicago-area…