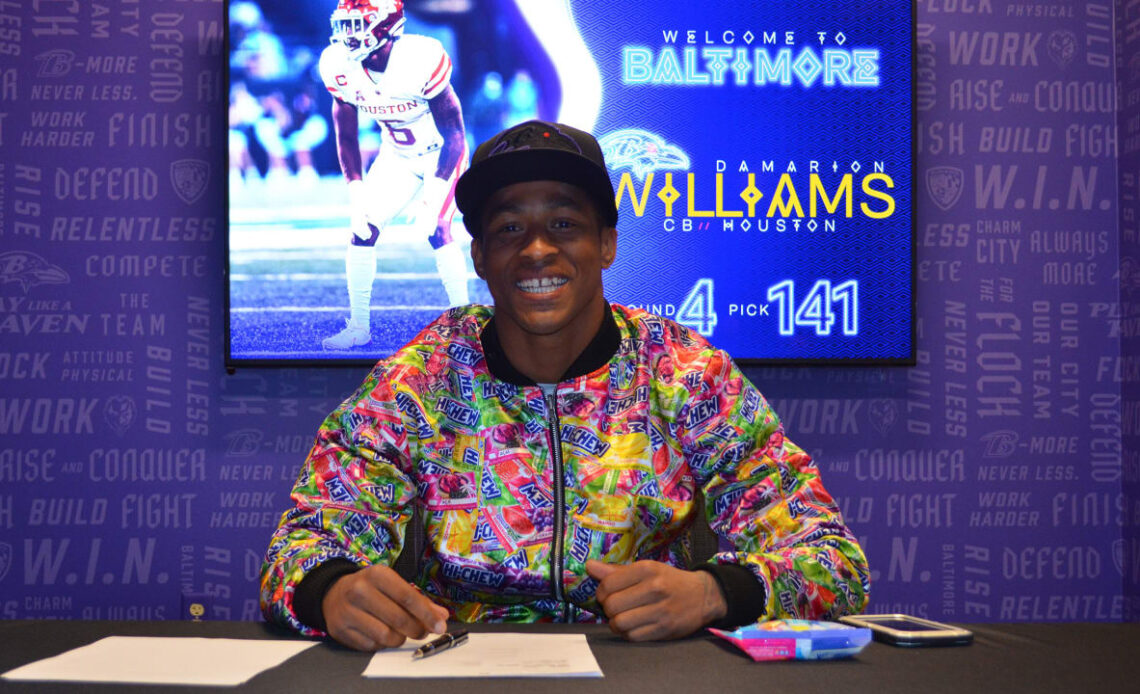 Williams’ versatility in college was a trait that impressed the Ravens prior to the draft. He played everywhere in the secondary at Houston and will compete for playing time as a corner who can play both outside and in the slot.

Ravens Director of Player Personnel Joe Hortiz compared Williams’ versatility to Brandon Stephens, who played both corner and safety as a rookie in 2021.

“I think with both Brandon and Damarion, they are both able, and they’re very smart,” Hortiz said. “I think it just allows you to do so many different things and be creative. You can put three safeties on the field but play one of them as a nickel, and you’re in your nickel defense. You can put four safeties on the field and be in a dime defense and have confidence that two of them can cover.”

Listed at 5-foot-10, 190 pounds, Williams plays bigger than his size and is a solid run defender in addition to his ability in pass coverage. The Ravens drafted two corners in the fourth round, Williams and Jalyn Armour-Davis of Alabama, and will look for both to add depth behind to the cornerback to rotation led by Pro Bowlers Marlon Humphrey, Marcus Peters, and recently signed veteran Kyle Fuller.