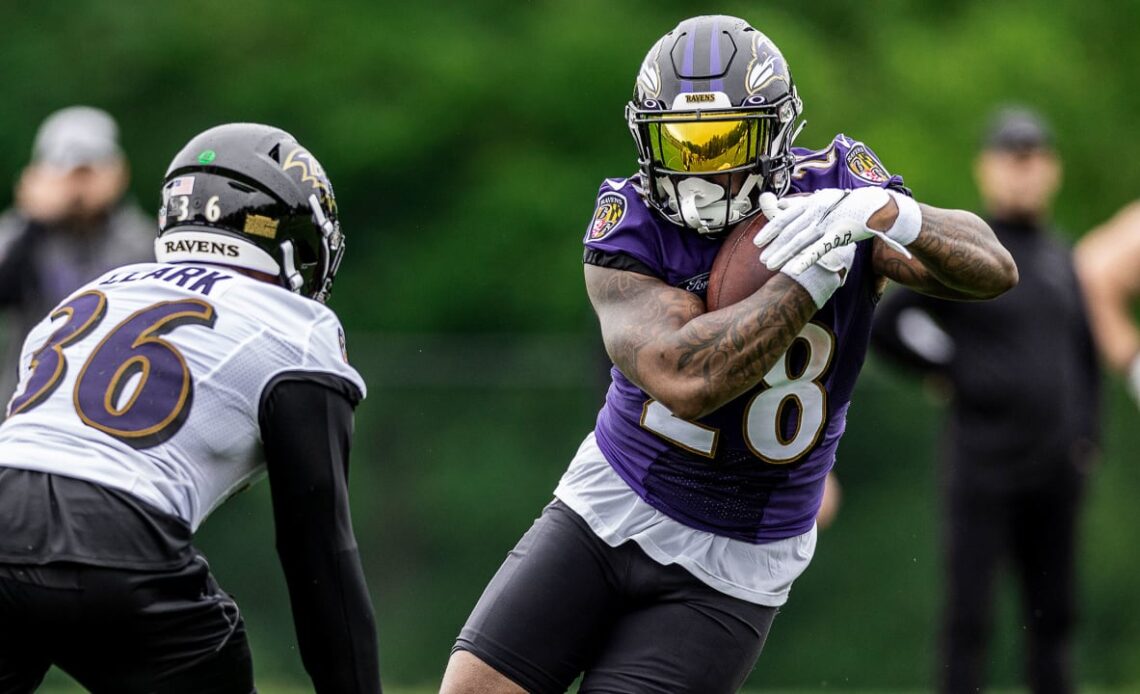 The Ravens are known for being a run-heavy team. But Offensive Coordinator Greg Roman also wants to incorporate his running backs more into the passing game.

Veteran addition Devonta Freeman was targeted with 42 passes, the sixth-most on the team. But only five teams in the league sent fewer targets to their top running back and only two offenses (Rams, Seahawks) threw to their running backs less.

During organized team activities, the Ravens’ running back corps – which is still operating without Dobbins and Edwards as they rehab – have been quite active in the passing game. Roman was asked if that’s something he wants to integrate more into the offense this season.

“Definitely. If we have guys that really display that skill set, then we’ll definitely do that,” Roman said.

“There’s been times here in the past … A couple years ago, we had a very fruitful passing game with the ‘backs out of the backfield. So, that’s something we’re really trying to do more of this year.”