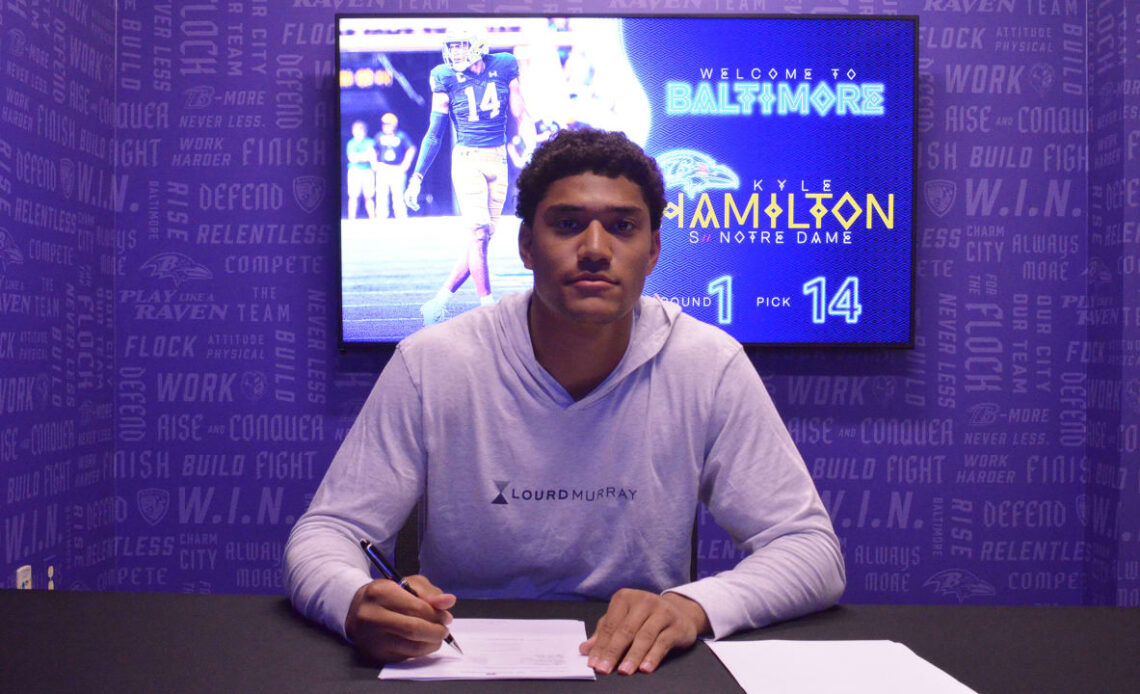 “He is – as advertised,” Defensive Coordinator Mike Macdonald said. “He’s doing the things that we’re expecting him to do. Really, with any rookie and the young guys, the challenge for them is keep finding new stuff to screw up.

“He right on schedule, but we don’t tell him that – try to provide some sense of urgency for him. But he’ll get there. [I’m] really pleased with Kyle.”

“It’s pretty surreal, just being out here and being a Baltimore Raven,” Hamilton said. “It’s a dream come true. I get the opportunity to come out here, get better, make mistakes and learn from them. I have great coaches who have been helping me throughout this weekend, and I’m excited to build on it.”