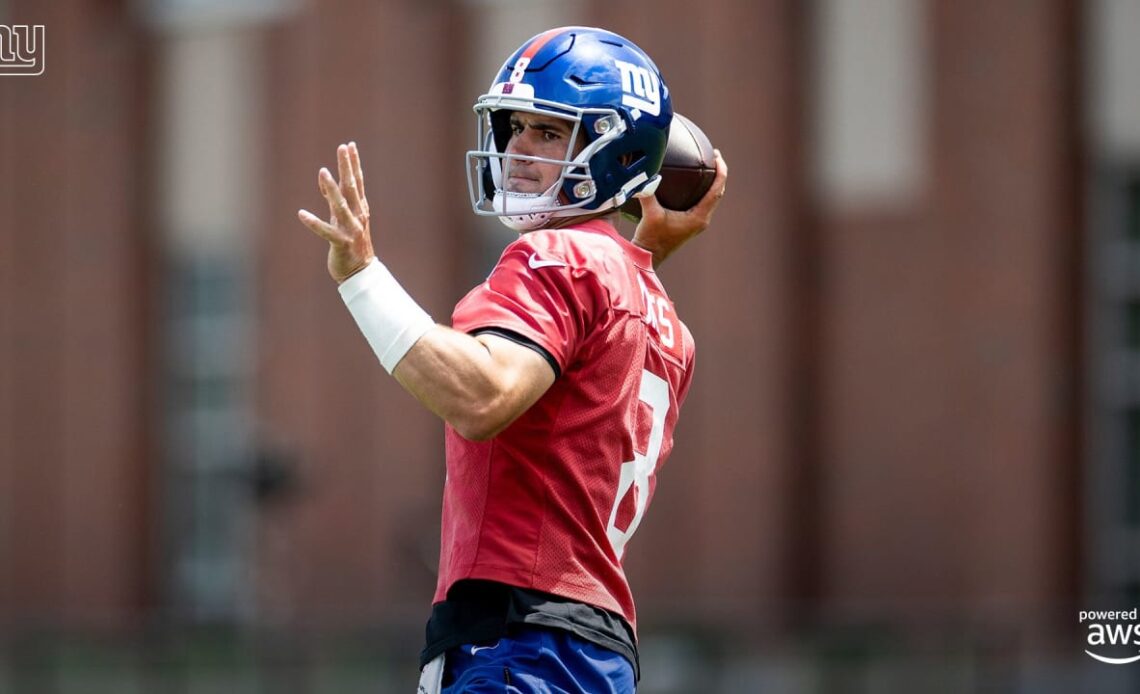 EAST RUTHERFORD, N.J. – The Giants’ offseason will conclude Thursday with the final day of their minicamp, but Daniel Jones will not separate from his work in the six weeks before training camp begins.

The team’s quarterback wants to improve his knowledge of Brian Daboll’s offense and will keep studying during what is traditionally idle time in the NFL.

“I think the learning continues, and I’ll continue to study and continue to work on what we’ve started here,” Jones said after the first camp practice. “I don’t think you can afford to put it down and just come back during camp. I think everyone will be working to make sure we’re in a good spot and coming back to camp ready to go.”

Jones, who is learning his third offense in four years, was asked if he needs to do more because the offense is new to him.

“Yeah, I think probably so,” Jones said. “There is certainly more studying and there is more kind of playbook-specific work rather than just fundamental throwing and stuff like that. So, yeah, I think there is more of that.”

Daboll spent the last four years as the offensive coordinator in Buffalo, where Josh Allen developed into one of the league’s most productive quarterbacks and the Bills fielded one of the NFL’s highest-scoring attacks. Now Jones has an opportunity to play in a similar scheme.

“I like it,” Jones said. “I think it gives us the ability to put a lot of different guys in different spots that kind of cater to their skillsets and allow them to do what they’re best at.

“So, I think it’s pretty versatile that way, and there’s tons of different concepts, there are a lot of moving parts trying to keep the defense on their heels, so, yeah, I think all that stuff is great.”

As he has done consistently when speaking to reporters, Daboll today praised Jones.

“(He’s) made progress,” Daboll said. “That’s what we’ve asked him to do, along with all the players, but he’s done a good job. He’s really studied. You know, it’s different. He’s opened up I would say a good…