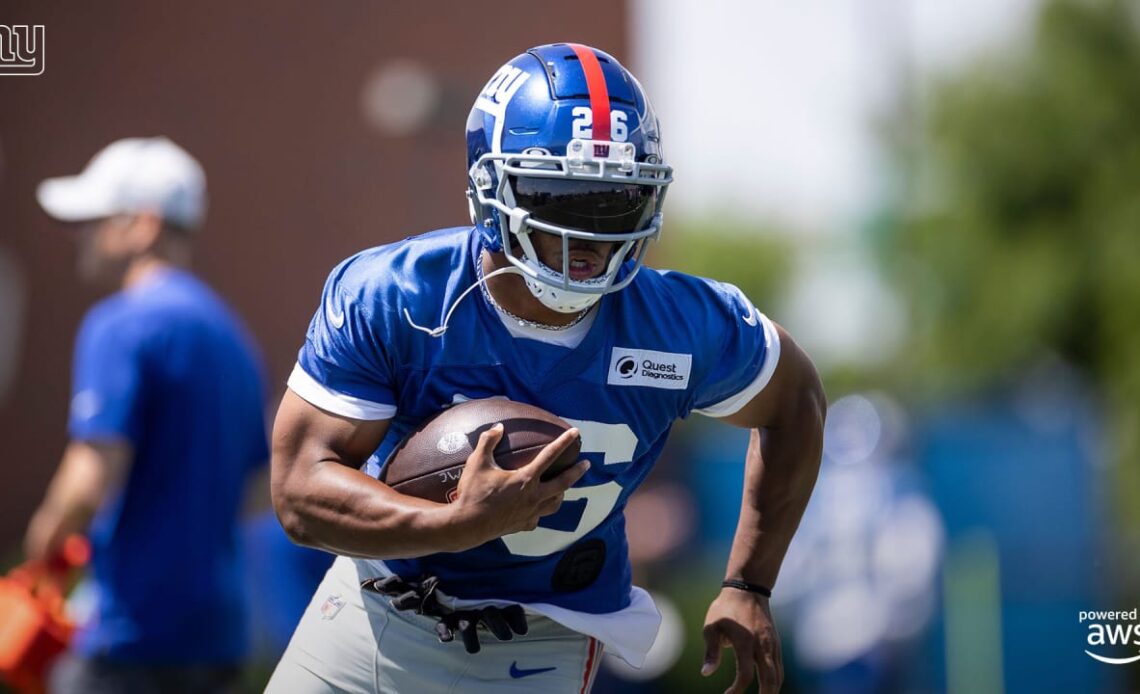 Daboll hinted that Barkley’s role could differ from game to game.

“Each week presents its own unique challenge, how the defense wants to play you, what kind of personnel they want to play, how do they see it, do they see him more as a sub guy, do they want to load up the box and play it differently,” Daboll said. “I think that’s a week-to-week type of deal.”

Perhaps the most important variable in the Giants getting maximum value from Barkley is his health. In 2019, he missed three games with a sprained ankle. The following season, a torn ACL suffered in Week 2 cost him the final 14½ games. Last Oct. 10 in Dallas, he landed on a Cowboys player’s foot and again missed three games due to a sprained ankle.

But Barkley has showed no residual effects of those injuries this spring.

“He’s been good,” Daboll said. “He’s been able to do everything we’ve asked him to do. Run the different runs when we’re doing them. Those are more walk-through relative to how camp is being played. The routes we are asking him to run, his quickness, his ability to get in and out of breaks, his long speed, it’s all looked good.

“I see a talented player. I’m glad he’s on our team. Look forward to working with him. He’s been great since I’ve been here just on the field, running around. Has been impressive. Again, we got to go out there and do it with pads and under some pressure. Everything we’ve asked him to do to this point, he has done a really nice job.”

Barkley appeared to play in another dimension as a rookie. He rushed for 106 yards, including a 68-yard touchdown, in his first game and caught a Giants-record 14 passes in his second. Barkley exceeded 100 scrimmage yards in 12 of his first 13 games.

The injuries took their toll the last three seasons. But Barkley is confident he can still be the player he was four years ago.

“Just because you had to go through a little bit the past couple years,” he said. “It just helped mold me, shape me to be the player I am right now and just coming into this…