How Is Ravens Defensive Line Going to Look? 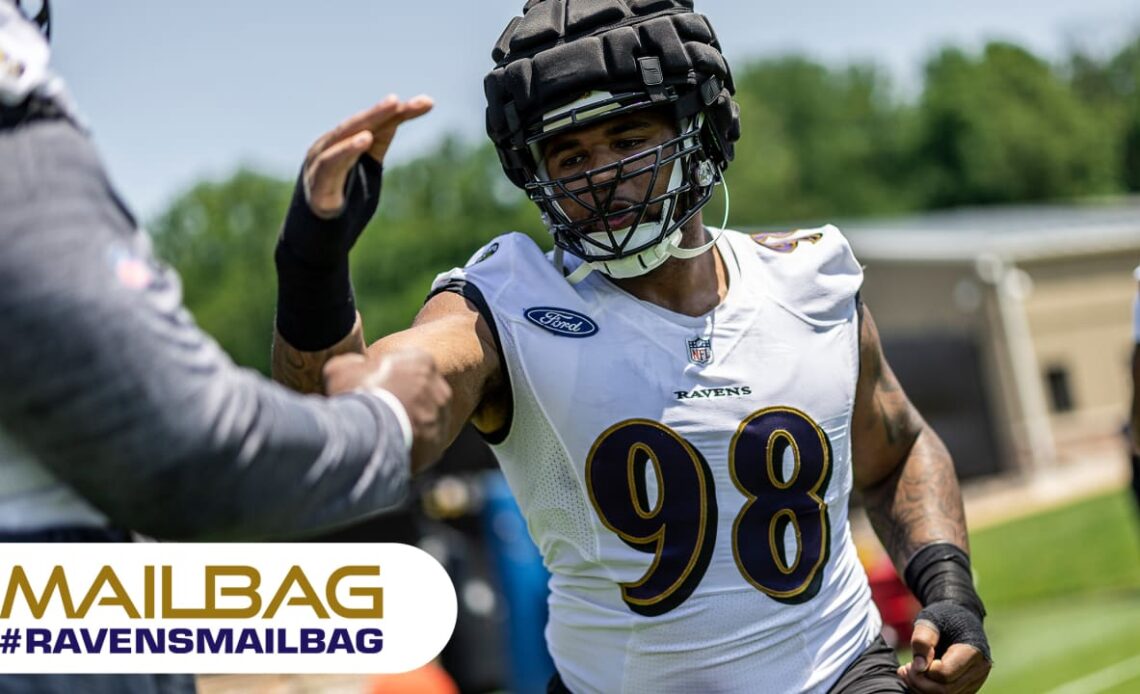 Mink: The Ravens have to replace Brandon Williams and Justin Ellis, who gobbled up 53% and 35% of the snaps last season, respectively. Baltimore has plenty of depth and talent to do so, but it’s tough to say how they’ll mange the rotation.

Calais Campbell would be one starter and play most of the defensive snaps. If lining up today, Derek Wolfe (hip surgery) wouldn’t be able to suit up, and it remains to be seen when he’ll be back on the field. Brent Urban would probably step in at defensive end if Wolfe’s not ready, or the Ravens could use a heavy defensive tackle lineup.

I expect free-agent addition Michael Pierce to take on much of that, with Justin Madubuike being used in more pass-rushing situations. They could end up splitting starts. Pierce was a key addition who is a proven run-stopper hoping to get more opportunities to get after quarterbacks. Madubuike is the Ravens’ most explosive defensive lineman in terms of getting penetration and pressure. He played 51% of the snaps last year and could be a little higher than that if he takes another step forward in Year 3.

That leaves rookie third-round pick Travis Jones likely as a top reserve at defensive tackle, relieving both Pierce and Campbell as a rotational piece that can stop the run and apply pressure. Jones can be a dominant run stopper, but the Ravens are also intrigued by his pass rush movement skills if he plays lesser snaps (and stays fresher) than he did at UConn. Broderick Washington will also be used as another rotational reserve