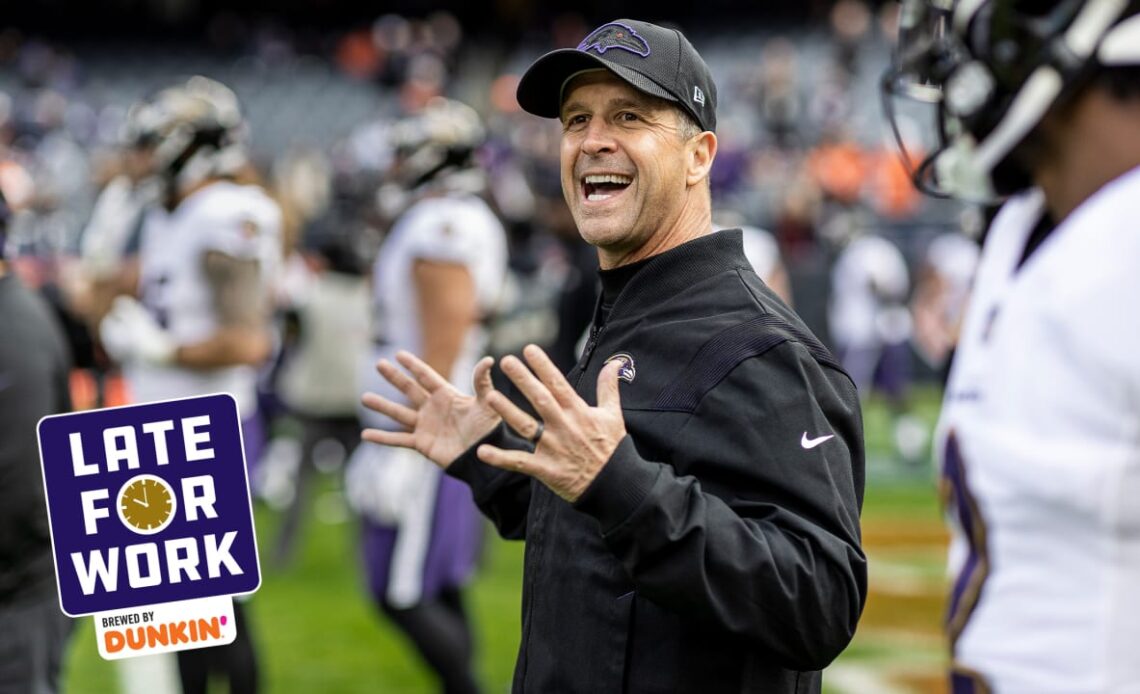 While the exact order of the rankings is debatable, it’s hard to argue against Harbaugh being one of the elite coaches in the league. The Draft Network’s Ryan Fowler agreed that Harbaugh is on a Hall of Fame arc.

“Owner of the most road playoff wins (8) in NFL history, Harbaugh belongs in the Hall of Fame conversation,” Fowler wrote. “The 2019 Coach of the Year, Harbaugh brought a Super Bowl title to Baltimore in 2012 and has four AFC North titles on his resume. The Ravens have made the playoffs in nine of his 14 seasons on the job. At just 59 years old, Harbaugh will continue adding to his long list of coaching accomplishments.”

Ravens Should Not Be Overlooked as Super Bowl Contenders

The Ravens are not among the favorites to win the Super Bowl, but multiple pundits believe they should be.

PFF’s Kambui Bomani said the Ravens, who have the 12th-best odds to win the Super Bowl, are being underestimated by the oddsmakers as well as the NFL media and fans.

The addition of first-round pick Kyle Hamilton and free agent Marcus Williams at safety, combined with the return of running backs J.K. Dobbins and Gus Edwards from season-ending injuries, are the main reasons the Ravens should not be overlooked, Bomani said.

“Williams’ ability as a deep middle safety was renowned throughout his New Orleans Saints tenure, and Hamilton made waves in South Bend due to his versatility in coverage and as a run defender,” Bomani wrote. “If that duo hits its ceiling in Mike Macdonald’s defense in 2022, the sky is the limit for Baltimore.

“The team will also return its top two running backs from 2020 in J.K. Dobbins and Gus Edwards after each missed all of last season due to preseason ACL tears. Both finished the 2020 season with 80.0-plus rushing grades, with Edwards’ 86.1 mark leading the way. Edwards, Dobbins and [Lamar] Jackson combined for 78 of the team’s 93 runs that spanned at least 10 yards or more that season. The return of the three-headed ground attack drastically changes the…