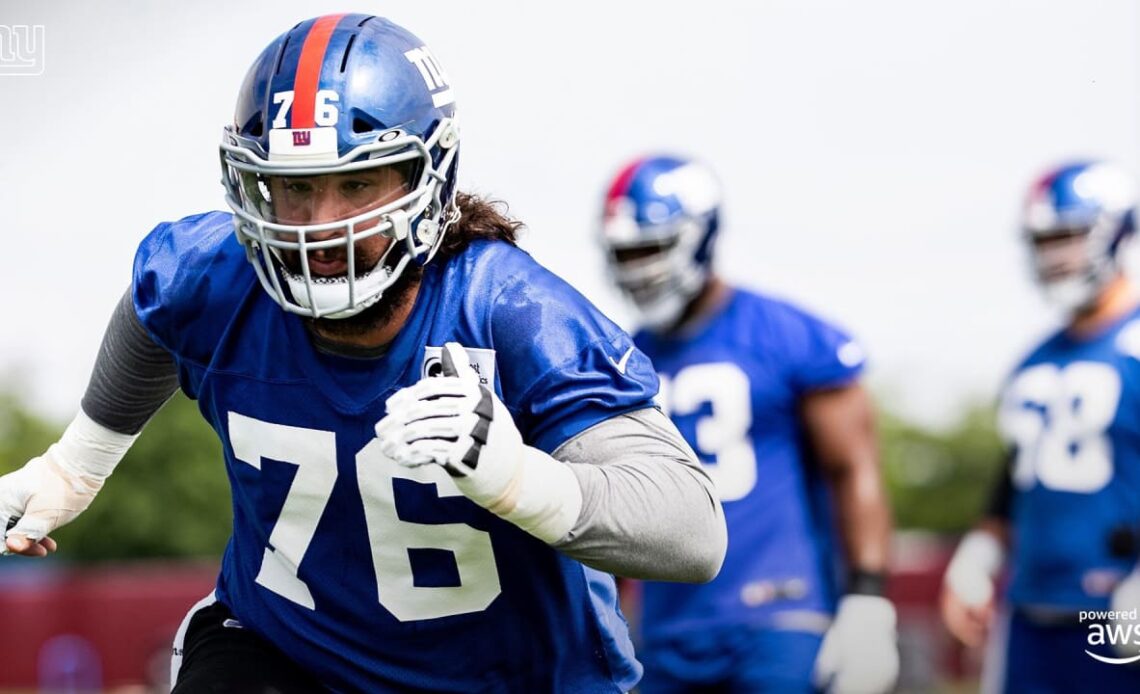 EAST RUTHERFORD, N.J. – The Giants are prohibited from wearing pads in their minicamp practices, so center Jon Feliciano saved his hard hits for a post-workout meeting with reporters. And they were directed at his own offense.

Though they were delivered with a smile and in a lighthearted manner, it was clear Feliciano was displeased with the unit’s performance against Wink Martindale’s defense.

“You know, Wink came out with some Wink stuff today,” Feliciano said. “I think the defense won today. You know, we’ll be able to grow from it.

“Let me tell you, going against Wink’s defense is going to be great for us in the long run. But I’m not going to lie to you if it doesn’t get frustrating sometimes, you know what I’m saying? Which is great, but not right now.”

What makes Martindale’s scheme so difficult to face?

“I mean, you have (safety Julian) J. Love on the frickin’ line of – sorry – in the A gap as a safety playing linebacker.

“There is so many people that are playing in positions that you don’t expect them to play in. It gets a little hard when you have to identify and you’re not actively scheming for it like leading up to the week.”

“I think one drive wasn’t as clean,” Jones said. “I thought the other two times we moved the ball pretty well. I think there is always going to be plays you want to have back. We’re seeing a lot of looks for the first time. I think our defense does a good job mixing up pressures and bringing guys from different spots.

“We’ve just got to look at that and correct some things, but kind of up and down. I think certainly some things we want to clean up.”

Many Giants have faced Martindale’s defense during the four years he was the Baltimore Ravens’ coordinator. On Dec. 27, 2020, Jones threw for 252 yards, but the Giants were held to 54 rushing yards in a 27-13 loss in Baltimore.

Three weeks later, Feliciano started at right guard for the Buffalo Bills in an AFC…