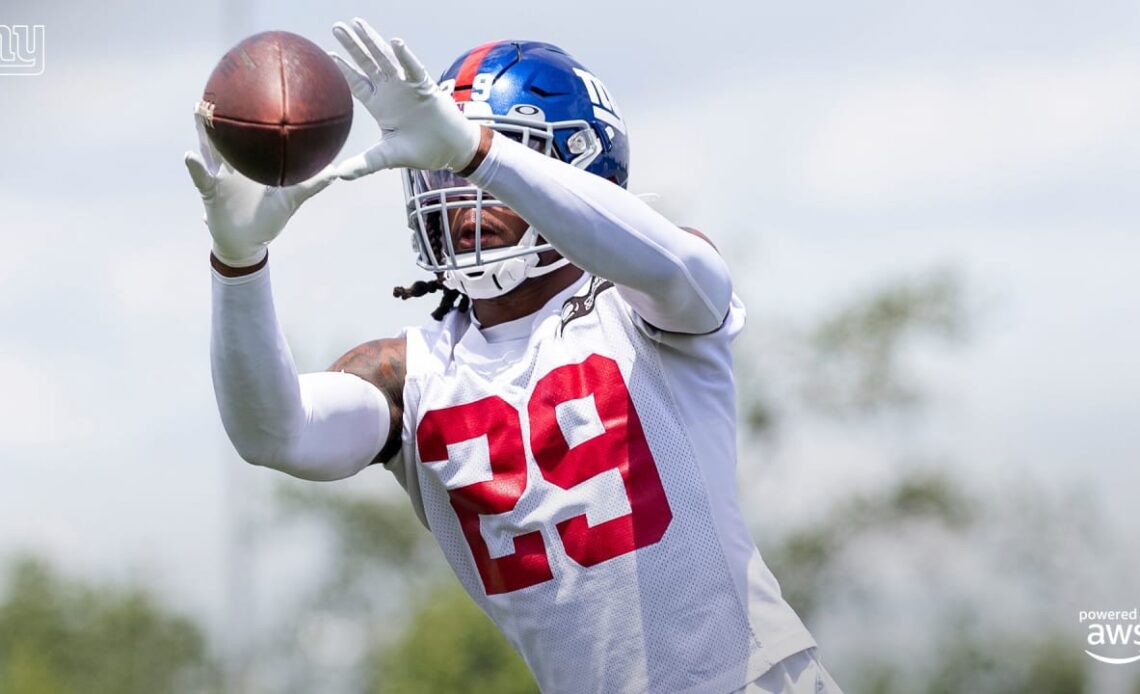 Here are the highlights from the first of the three minicamp practices:

*A trio of running backs got on the board with touchdown catches in Tuesday’s practice, each from a different quarterback. Saquon Barkley caught one from Daniel Jones, Matt Breida from Tyrod Taylor, and Antonio Williams from Davis Webb.

*Outside of the running back position, wide receivers David Sills V (from Jones) and Alex Bachman (Webb) also found the end zone.

*There were a few close calls (more on them below), but it was a clean day for the offense in the turnover department.

*Cornerback Zyon Gilbert nearly had a pick-six but had to settle for the pass breakup. The undrafted rookie played in 60 games at Florida Atlantic and was named C-USA Honorable Mention in 2021.

*In addition to the touchdown, Barkley had a big play down the sideline, catching a ball in stride for a sizable gain.

*Travis Toivonen has made the most of his increased reps this spring with a few of his fellow receivers coming back from injuries. He once again hooked up with Jones for a handful of catches.

*Tighe end Jordan Akins had a pair of catches from Webb.

*Daboll said it’s still “status quo” for wide receiver Kadarius Toney and rookie edge defender Kayvon Thibodeaux, who have been wearing red jerseys at practice as they rehab from their respective ailments.

*Daboll confirmed Jones, who dealt with a neck injury last year, has been cleared for contact when asked about the subject today.

*Daboll said the plan is to hold a joint practice with the Jets ahead of their annual meeting in the preseason finale. It will be held at the Giants’ home facility at the at Quest Diagnostics Training Center.

“Yeah, plan is right now we’re going to do it,” Daboll said. “I think it’s good to practice with the guys from down the street, play in a different conference. I know Coach [Robert] Saleh. He’s a really good coach. We’ve had some good talks. I…