3-year contract extension the product of those who poured into him, Rams teammates around him 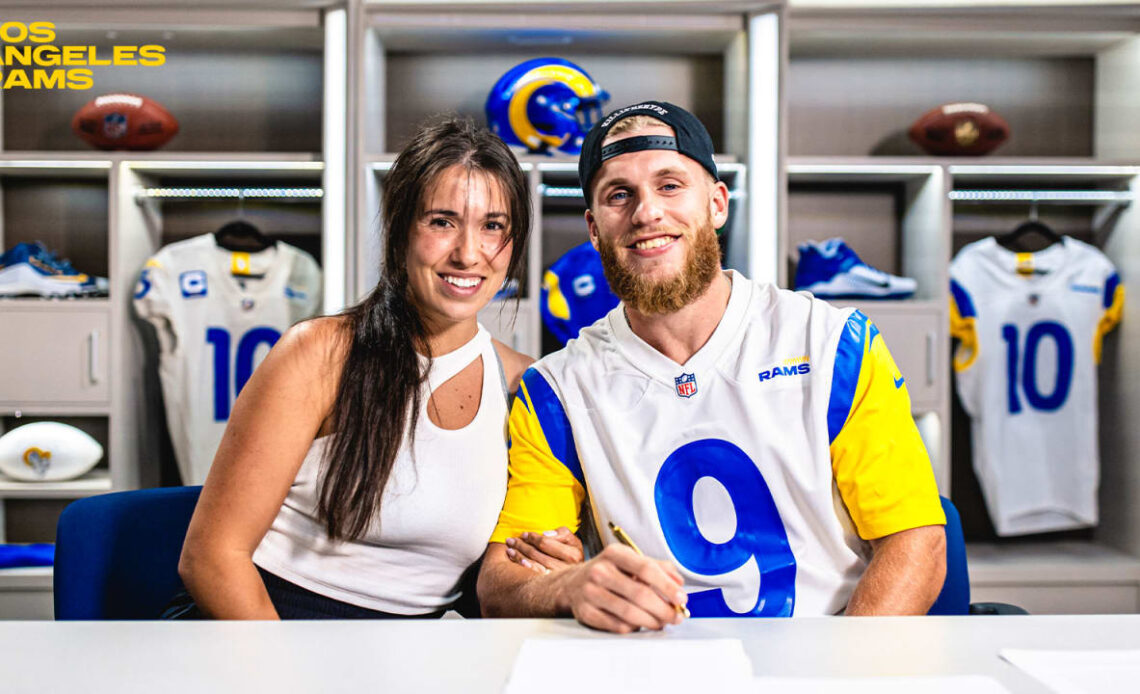 Fittingly, two of those reminders were with him when he signed his new contract on Wednesday.

His wife, Anna, who worked full-time in college to support the couple and allow Kupp to focus on football, sat to his right. While signing, he wore a replica Matthew Stafford jersey as a tribute to the quarterback that played a pivotal role in his triple-crown-winning 2021 season.

“I thought it was kind of a cool thing. Certainly, he’s one of those people that’s had a hand in being able to be in this place and have the opportunity to extend my career here in Los Angeles and be able to sign that contract,” said Kupp, whose 145 receptions, 1,947 receiving yards and 16 receiving touchdowns all led the NFL last year. “Obviously, your quarterback plays a huge role in that. A little bit of a nod to Matthew Stafford in that way.”

The Rams front office – that drafted Kupp and believed in him five years ago – was publicly vocal about wanting to get an extension done for Kupp. General manager Les Snead was the latest to convey that urgency when he said on Monday’s Rich Eisen Show that they would love to get it done “before (training) camp. We’d love to do it sooner than possible,” two days before that new contract was signed.

Anytime Kupp was asked about a potential extension or new deal this offseason, he never expressed concern. When the Rams made it clear getting one done was a priority, it meant a lot to him.

“I’m so thankful for this organization and the coaching staff, up to the front office,” Kupp said. “This is an organization I want to be a part of for a long time, so to have those people who I have a lot of respect for be able to show me that they want me to be here, that this was a priority for them, I’m incredibly grateful for that and I don’t take that lightly.”

Kupp said he understands that there was a lot that was out of his control of his career in his life and that “God had his hand in things that fell into place for me.” There’s a humility to this milestone…