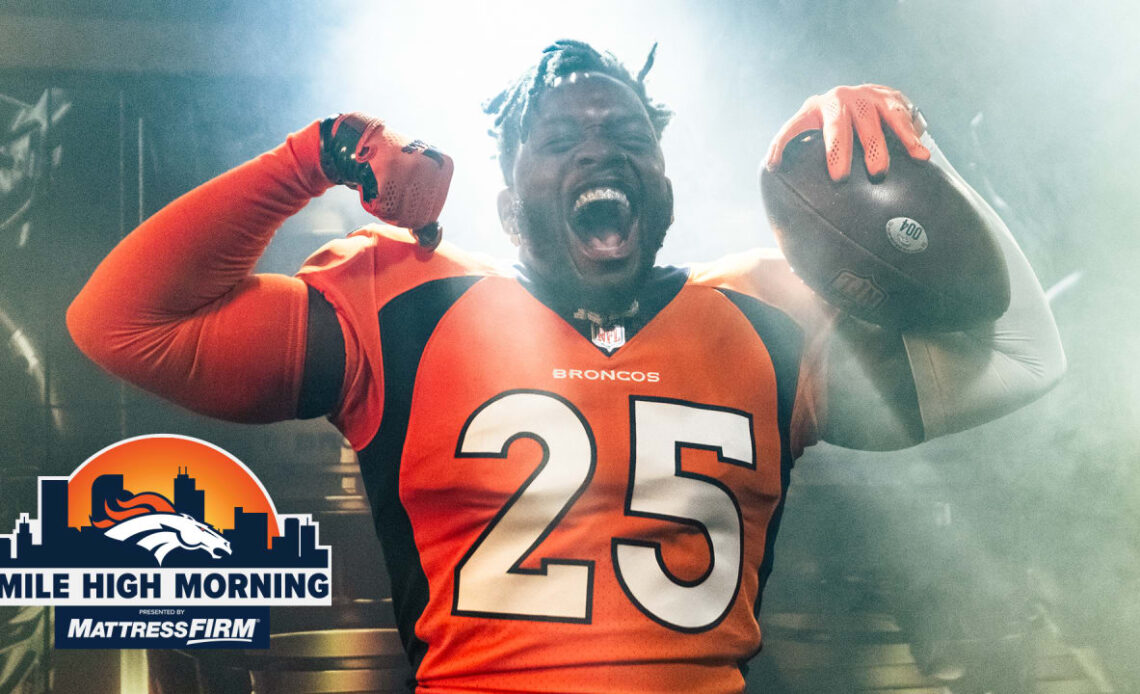 As the Broncos’ mandatory minicamp sessions approach, Melvin Gordon III is eager to return to the field and to get back to engaging in trash talk with his teammates like normal.

Gordon has taken part in some voluntary offseason workouts, and he confirmed at Tuesday’s UCHealth Healthy Swings charity home-run derby that he’d be back on Monday for the start of the slate of minicamp practices.

During his time at the facility and at practice, Gordon has been able to work with the team’s new quarterback, Russell Wilson, who also happens to be a former college teammate. The two played for Wisconsin in 2011, when Wilson led the Badgers to a Rose Bowl appearance and Gordon was a freshman.

Over the course of the offseason, Gordon has stayed in contact with Wilson and told 9NEWS’ Mike Klis that he and the quarterback had been meeting on their own “to go over the playbook … getting together around 6:30 on some days to go through the plays.”

In that same vein, Gordon says that one thing about working with Wilson that’s impressed him is how engaged he is with everyone on the offense, not just him.

“I think it’s good,” Gordon said of what it’s been like being around Wilson again. “The thing is it’s not just me who he wants to help. When I came in there earlier, he had some rookies in there. I think he wants everybody to learn it. He’s a true winner. Winners like that want everybody to be a part of that, and he’s bringing me along and he wants everybody to hit the ground running, not just me because he knows me — because he’s the quarterback and that’s his job. His job is to bring everybody along, and that’s what he’s doing.”

After minicamp, Gordon said his focus will remain on training even during the monthlong break before training camp starts in late July.

“I wouldn’t say I’m completely ready for the season; I’ve still got some more training yet to do,” Gordon said. “After minicamp is when you really … start getting it in and start getting your mind and body together….