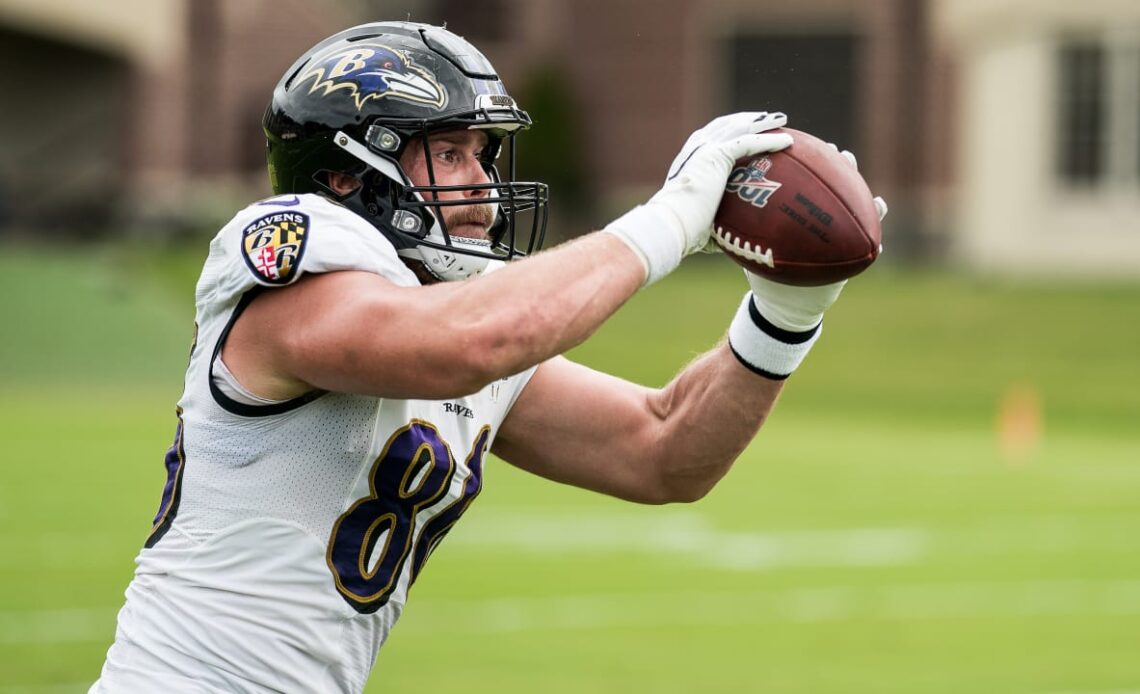 Part of the plan was also strict dieting. Boyle ate a pre-planned and prepared meal four times a day. There was zero snacking. Kristina would cook the same food as his regimen and Boyle still wouldn’t eat it. That’s how strict he was about sticking to the plan, all to help his knee get that much better.

“I think it was just a lot of de-loading on my knee,” Boyle said. “I like to say, ‘You take some load out of the car, and even though the horsepower’s still the same, you get to move a little bit faster.’ Overall, I just feel way better.”

“He’s never had abs, never in his entire life,” Kristina said with a laugh. “He is very proud of those. He checks on them everyday to make sure they’re still there.”

Now the question is whether Boyle can get fully back to the level he was at pre-injury, when he was arguably the league’s most dominant blocker and a reliable receiver.

The Ravens drafted a pair of rookie tight ends in the fourth round this year, Charlie Kolar and Isaiah Likely. Baltimore has reinforcements this time around, but there’s nobody quite like Boyle – especially if he’s back in top form or close to it.

At 29 years old, Boyle is entering his eighth season. He was a fifth-round pick out of Delaware in 2015 and he’s signed three contracts with the Ravens. By all measures, he’s had a very successful career.

The Boyles are having a house built on a lake in Nick’s home state of New Jersey. If he is nearing the end of his playing days, they’ll be ready to move on. But before then, Boyle wants to ink another chapter in his comeback story.

Ask Boyle, Kristina said, and he’ll say he wants to play 10 more years. Plus, he’s excited that his oldest son, Brock, can now spot his dad on TV and cheer for him during games. He wants to make his kids (now three), and everyone else, proud.