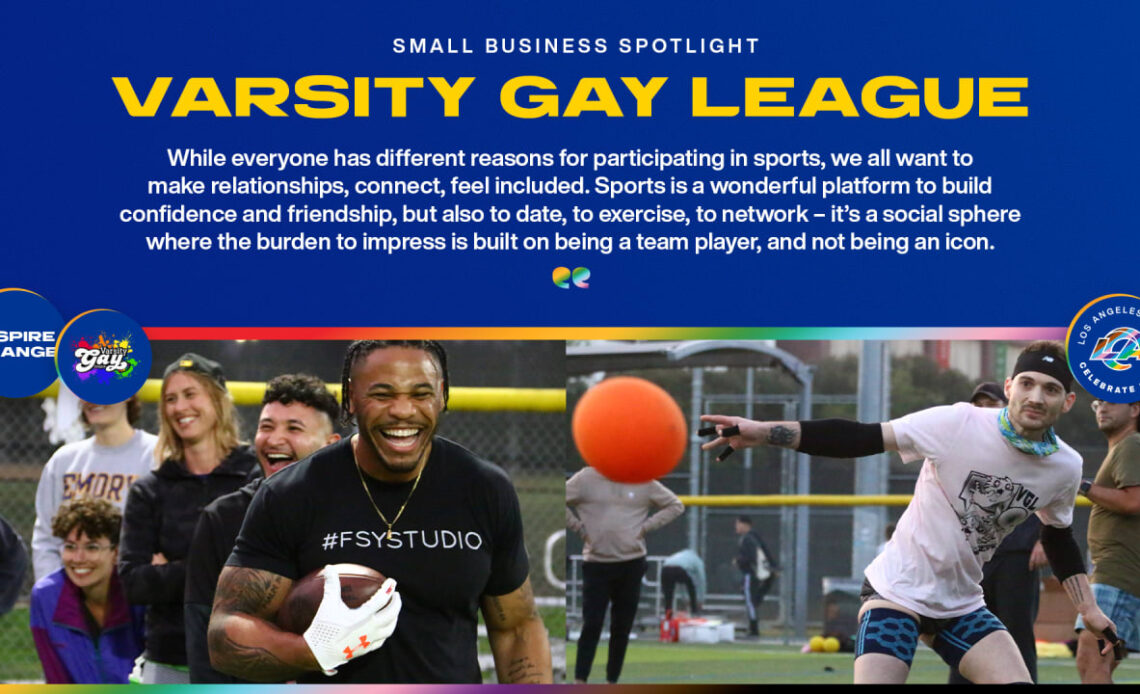 Founded in 2007 as an alternative to the bar and nightlife scene by creating out of the box games and activities for the queer community, Varsity Gay League (VGL) was inspired by CEO and Founder Will Hackner’s experiences growing up.

“While recreational sports have long existed in the “straight” world, queer opportunities were limited to football, softball, soccer and basketball – great sports, but ones built in with a hyper masculine perspective,” Hackner said. “For those folks, like me, who did not grow up in organized games, and spent the better part of my childhood being bullied for not being athletic and small, I wanted to create a space where we could play and remove as much judgement as possible.”

That identity first manifested with a game of capture the flag, and now programs 40 activities per week to more than 7,000 queer adults across America, with those activities ranging from kickball to beach volleyball and basketball to football.

Recently, VGL celebrated its 15th anniversary and also shot a commercial with McDonald’s as the fast food chain’s first-ever queer partner. That commercial was shot with Hackner and his friends and teammates, plus players of their community.

“The hope, of course, is to bring more representation to sports through a different lens,” Hackner said. “It’s also really exciting to say you’ve been in a McDonalds commercial.”

Community is what motivates VGL. Hacker said the connectedness of sports allows it to be a perfect platform for building confidence and friendship, and also “to date, to exercise, to network – it’s a social sphere where the burden to impress is built on being a team player, and not being an icon.”

” All of their stories and moments and emotions have resonated deeply within me for years,” Hackner said. “Their stories became my story, because I’ve watched them experience it. It’s a true blessing to have empathy and…