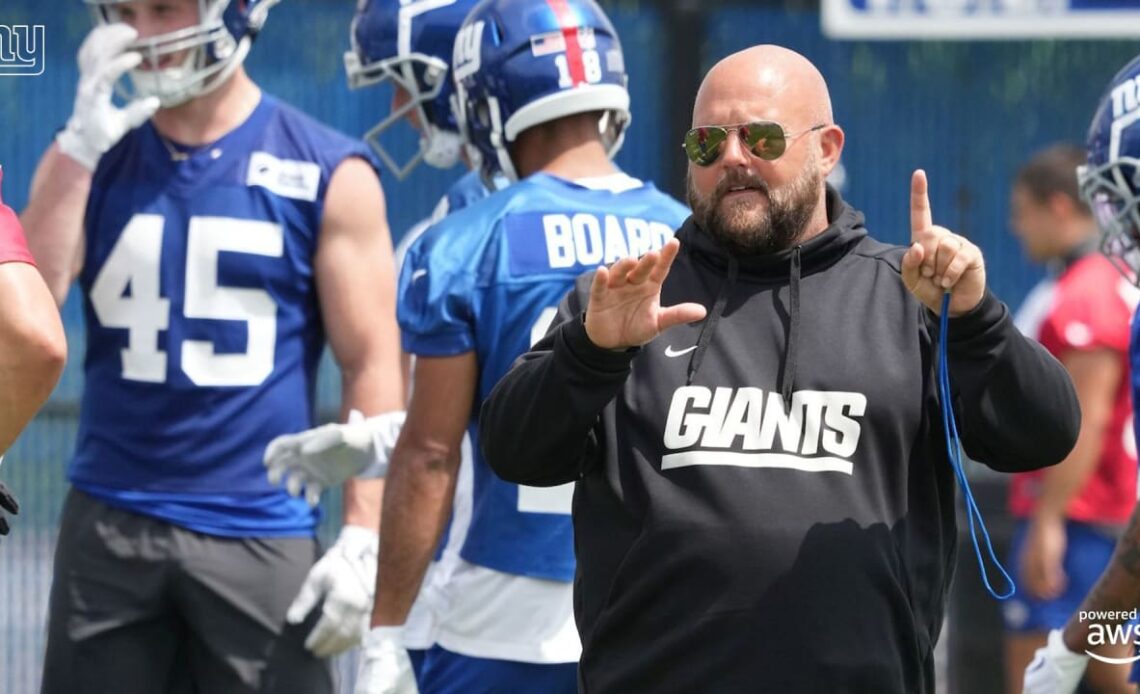 Here is what you need to know from the second day of minicamp:

*Daniel Jones threw three touchdowns in the red zone, one each to running back Saquon Barkley and wide receivers Wan’Dale Robinson and C.J. Board. Barkley said after practice that he hasn’t been moved around in an offense this much since his college days at Penn State.

“That dude, he’s all over the place,” safety Julian Love said. “They’re doing a lot more with him. I know he’s really excited for that, and you’ve got to. He’s one of the best talents in the league. To be able to do a lot in a lot of different roles — I know [offensive coordinator Mike] Kafka, how can you not be excited to utilize that. I think he’s back in his headspace of being super competitive. When I mentioned competitive talks in the locker room, he’s the main guy. He’s one locker over from me and that’s the main conversation every day about him competing. So I think that’s what we’ve been seeing, and I’m excited for him.”

*Quarterback Tyrod Taylor accounted for two touchdowns, one through the air and one on the ground. On the former, he dropped a perfect pass to wide receiver Richie James, who made an equally impressive over-the-shoulder grab in the end zone.

“He’s got quickness,” Daboll said of James. “He has the ability to play inside and outside. We’ve put him really in all three spots or four spots when we’re going with four wide receivers. I think the quarterbacks can read his body language. Has good hands, knows what to do, dependable. So he’s been a good addition for us.”

*It was another clean day for the offense in the turnover department.

*Veteran cornerback Maurice Canady, who has previous experience with defensive coordinator Wink Martindale in Baltimore, flashed a few times. He got his hands on one pass and later…