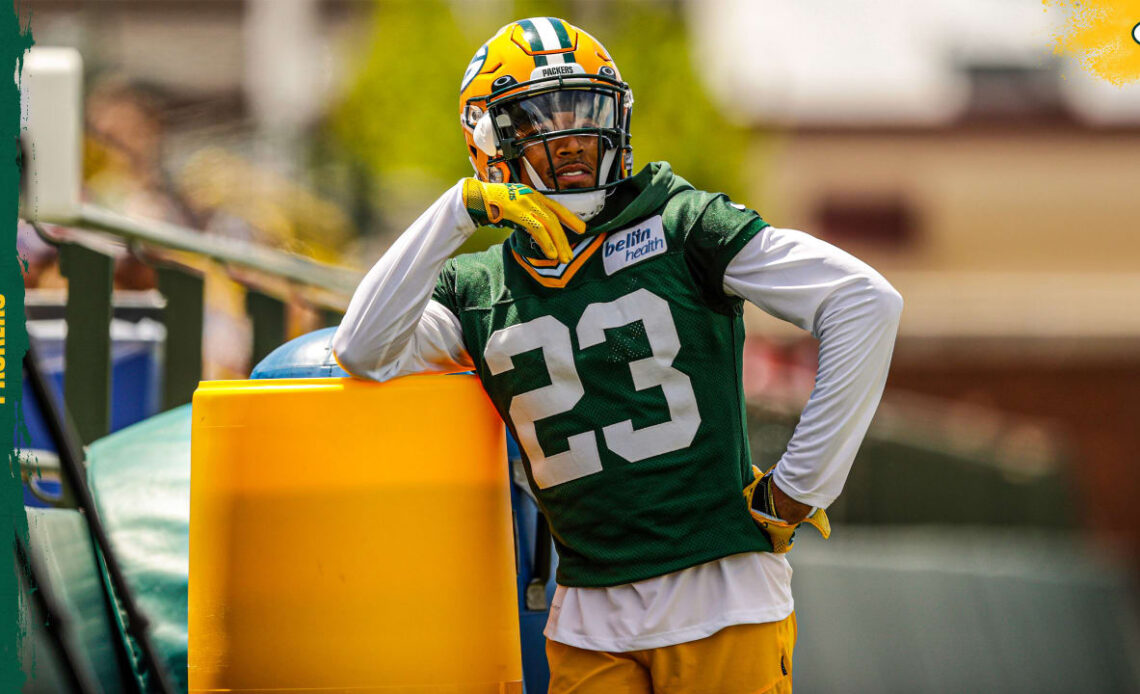 GREEN BAY – Jaire Alexander is an All-Pro cornerback. He’s not a salary cap expert. He’s not an agent.

When it came time to open negotiations with the Packers on a long-term contract, Alexander left those discussions entirely up to John Thornton and his representatives at Roc Nation Sports.

Meanwhile, Alexander traveled down to Pensacola, Fla., to train for the 2022 NFL season with instructions to Thornton to call him if or when something gets done.

It didn’t take long for the phone to ring.

On May 18, surrounded by his family, Alexander signed the contract he’s been dreaming about since he was old enough to dream, a deal commensurate with being the best cornerback in the NFL.

The security is nice, but the recognition is what meant the most to Alexander. Once an overlooked recruit out of Charlotte, the 5-foot-10, 196-pound cornerback has established himself as one of the game’s top defensive talents during his first four years in Green Bay.

A true lockdown corner, Alexander has registered 188 tackles, 44 passes defensed and five interceptions in 48 games (46 starts). According to Pro Football Focus, he’s allowed just 49 catches on 96 targets (51%) for 492 yards over the past two seasons for a 62.5 passer rating.

That doesn’t mean last year wasn’t a challenge, though. Coming off a second-team All-Pro season in 2020, Alexander injured his shoulder in Week 4 against Pittsburgh while tackling Steelers running back Najee Harris.

It was pain Alexander had never experienced before and caused him to miss the remainder of the regular season. The Packers adapted and maintained a top 10 defense, but the unit still missed the centerpiece of the secondary.

“Jaire’s got an unbelievable energy that he brings each and every day,” Head Coach Matt…