Saquon’s role in passing game; McKinney to the Pro Bowl? 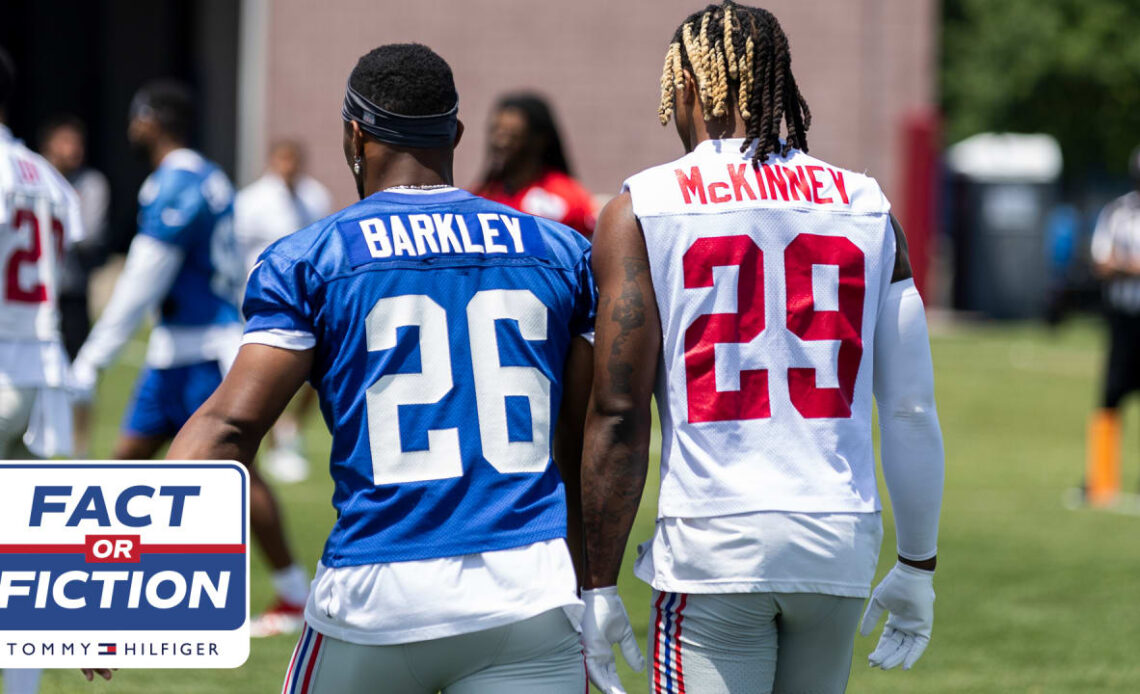 The biggest training camp competition will be at tight end

Lance Medow: Fiction – Could there be an undrafted player that emerges at tight end? Sure, but, as it stands right now, you can have a pretty good idea of which three players will assume roles at that position: Rick Seals-Jones, Jordan Akins and Daniel Bellinger. The first two are veterans added in free agency with connections to members of the coaching staff while Bellinger was one of the team’s fourth-round picks. How those tight ends will be utilized and their snap counts from game to game remains a bit of a question mark, there’s not as big of a mystery over the roster spots. Wide receiver has more competition than tight end, especially when it likely comes down to the final two slots on the 53-man roster.

Dan Salomone: Fact – Center Jon “Dirtbag” Feliciano had a great line when a reporter asked him about rookie tight end Daniel Bellinger’s blocking prowess. “I mean, I think this is a passing camp, you know what I’m saying?” he said, smiling. Like linemen, you can’t evaluate tight ends during non-contact spring practices. The Giants have new players up and down the rep chart at tight end, so it will make for an intriguing training camp story line when the pads come on.

Matt Citak: Fact – The Giants have several intriguing training camp competitions at different positions, including left guard, safety and cornerback. However, the battle for the starting tight end spot might just be the most up in the air. The Giants have two veteran options in Ricky Seals-Jones and Jordan Akins, along with fourth-round pick Daniel Bellinger. All three figure to make the 53-man roster, but the big question is about which one ends up in the starting lineup.

Lance Medow: Fact – Keep in mind, when you’re assessing the chances of a player making the Pro Bowl, it’s more about the competition at that position in the conference than anything else….