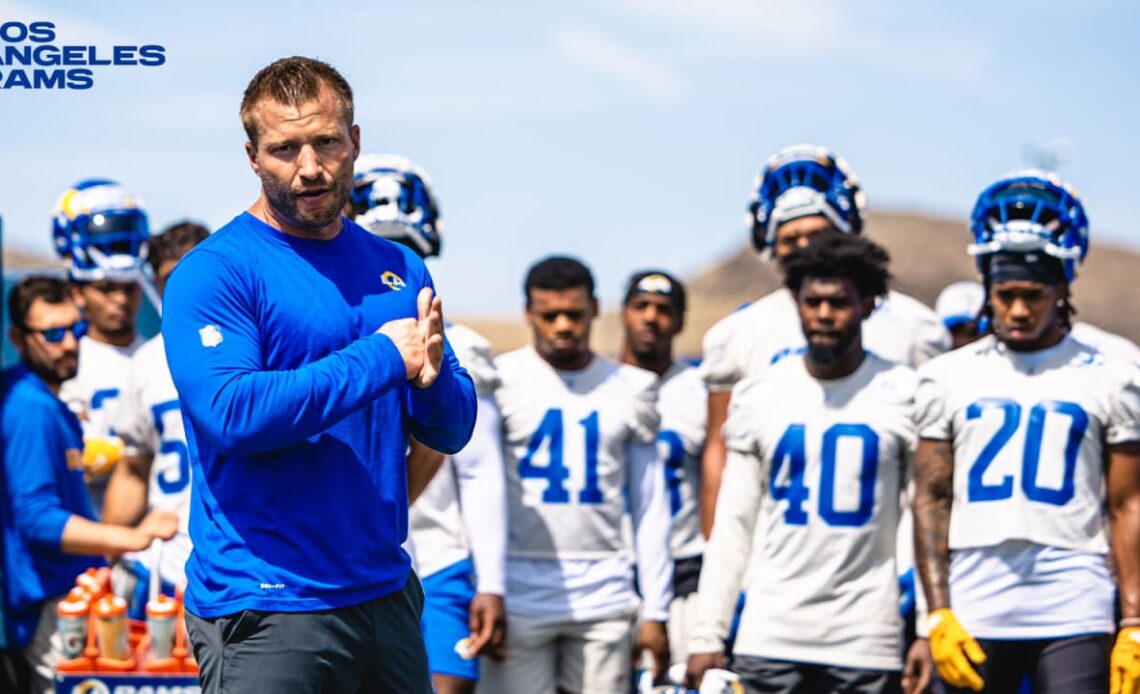 The Rams had two key voids to fill along the offensive line this offseason between left tackle Andrew Whitworth’s retirement and right guard Austin Corbett’s departure in free agency. They addressed the former by signing Joe Noteboom early in the offseason, but the latter remains an ongoing process.

“I think the champagne problem, if you will, is figuring out how do you get that right guard spot, to find find the best five guys, and that continuity up front is going to be key and critical for our success,” McVay said after Day 2.

On Bruss specifically, McVay said “we’ve liked what we’ve seen from him up to this point,” but at the same time – in what applies to the group as a whole – it’s still difficult to evaluate each player until they are in the competitive settings like training camp.

As a 6-foot-7 offensive lineman, Andrew Whitworth is hard to miss. Especially on the practice field where he spent so much of his time from August through January and February over the last five seasons.

Even in retirement, he is unsurprisingly still finding ways to remain around the game and the Rams. On Tuesday, he was on hand for Day 1 – not in a helmet, pads, and cleats, of course, but at the hip of several Rams coaches while watching practice.

“He’s one of those guys that he’s meant so much to us, so there’s an open door invitation whenever he wants to come out and be able to provide some of his expertise and understanding of what allowed him to play at such a high level for such a long period of time,” McVay said following Day 1.

It wasn’t the first time Whitworth visited a Rams offseason workout or practice since retiring, but it certainly doesn’t sound like it will be the last.