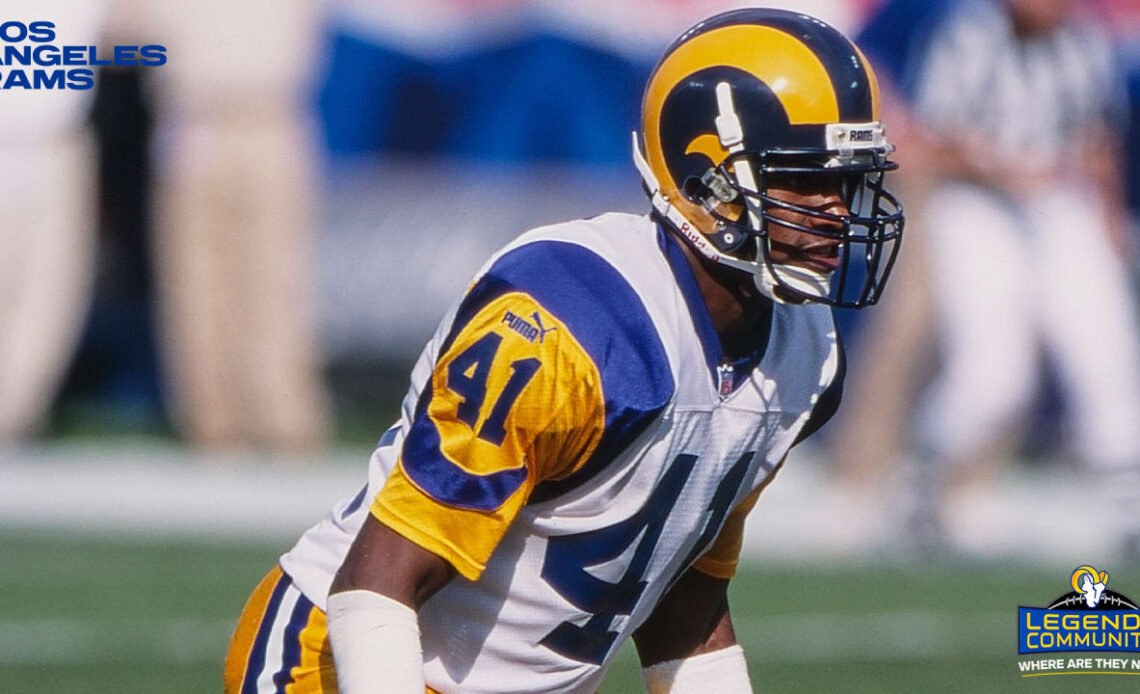 “When I look at that, obviously, we had great coaches led by Coach Vermeil. All of our assistant coaches were really locked in on putting our players in a position to be successful on Sundays,” Lyght said. “I really think the key to our success, as a team, would have to be singled out to the competitive intensity that we had in practice. Some of those practices where we were competing against each other at a really high level, made it so that we were able to execute at a high level on game day.

“And I’d have to say the camaraderie of my teammates and the things that we built together, not only as an organization, but just the things that guys did to help the community become a better place (are among my fondest memories). I know the Rams do a great job with their outreach program to make sure that they’re constantly giving back to the community and I’m really proud of that.”

During his 10 seasons with the Rams, Lyght collected 31 interceptions, three which he returned for touchdowns, and added a fourth one in the 1994 season opener against Arizona with a 74-yard fumble return. What makes him most proud of his career?

“I think the high level of consistency and the leadership that I brought to the organization,” said Lyght, who was selected to play in the 1999 Pro Bowl. “I prided myself on really being a great teammate and also making sure that I took care of the younger players in terms of what their responsibility was within the organization.

“And I think that at one time, I had started over 120 consecutive games. That’s, I guess, like a touch over eight seasons of consecutive starts. When you look at the average career span of NFL players, it’s only three to five years. And to be able to start for over eight years consecutively shows my professionalism, and also my ability to handle the adversity and still keep moving in a positive direction. Which was really tough at times. But I wouldn’t trade it for anything for the world because it did make winning the…