5 things to know about Keelan Doss 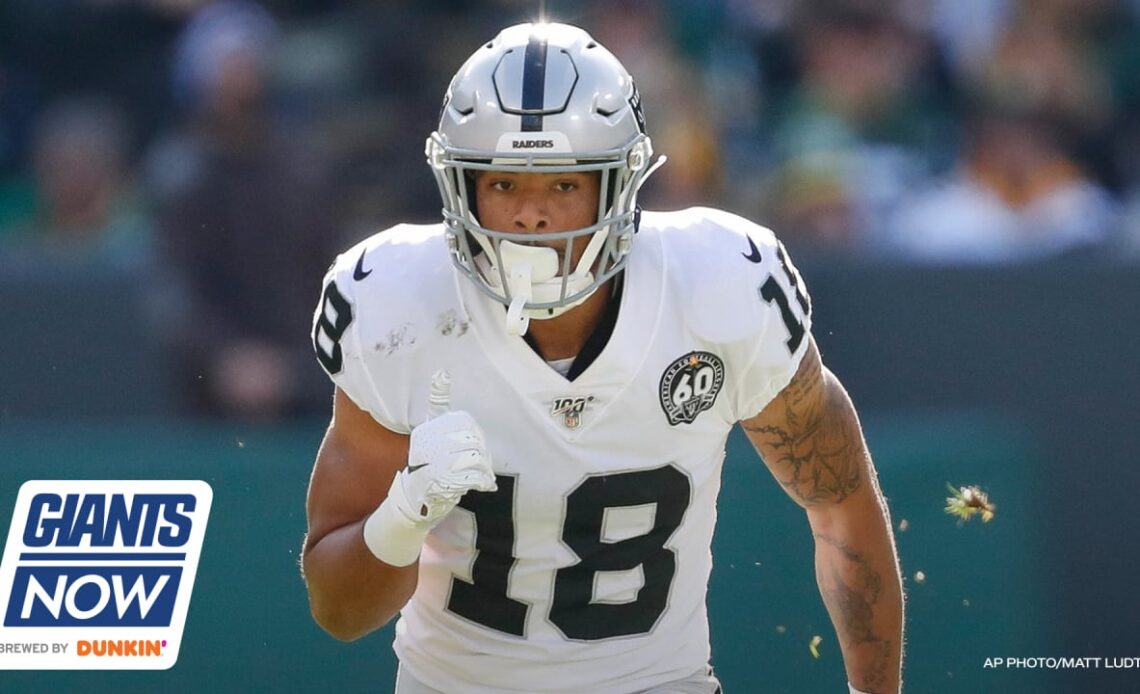 5 things to know about Keelan Doss

To make room on the roster, the team waived linebacker T.J. Brunson.

Here are five things to know about the newest member of the Giants, who joins a deep wide receiver room.

1. Doss signed with the Las Vegas Raiders as an undrafted free agent following the 2019 NFL Draft. He has played in nine career games between the 2019 and 2020 seasons, all with the Raiders, and has registered a total of 11 receptions for 133 yards.

3. All of Doss’ offensive stats came during the 2019 season. He recorded receptions in six contests, including two separate games with three catches, one of which resulted in 54 receiving yards. In four of those six games, Doss caught every pass that he was targeted on.

4. When the Raiders were on HBO’s Hard Knocks in 2019, Doss was featured prominently after a strong performance throughout the preseason. He played in all four of the Raiders’ preseason games and finished with 17 receptions for 162 yards and a touchdown. Despite being cut on the final day of training camp, Doss was quickly re-signed to the Raiders’ active roster a week later.

5. Doss enjoyed quite the memorable tenure at UC-Davis. He finished his collegiate career ranked No. 1 in school history in receptions (312), receiving yards (4,069), and 100-yard receiving games (19). In addition, in the program’s Division I era, no player has more receiving touchdowns (28), total touchdowns (29) or all-purpose yards (4,218) than Doss.

As a redshirt sophomore, Doss earned Second-Team All-Big Sky honors after catching 10 touchdowns. He followed that up with a superb redshirt junior campaign in which he led all of FBS and FCS in receiving yards (1,499), receiving yards per game (136.3) and receptions per game (10.5) at the time that UC…