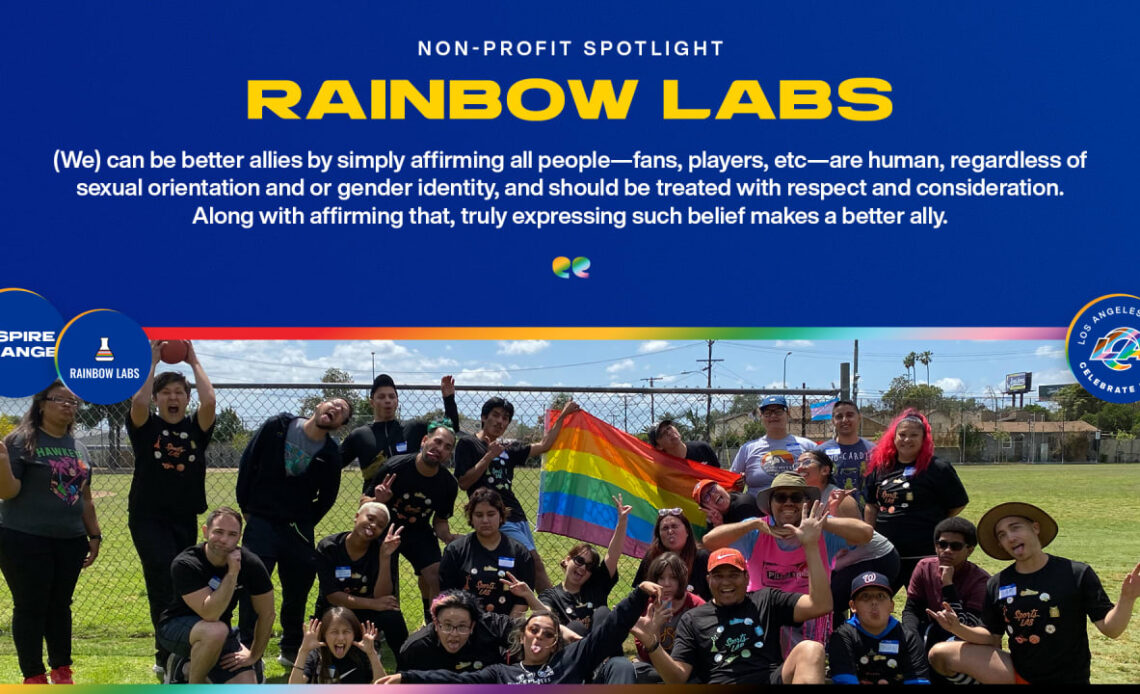 Growing up, Jacob Toups and Luis Vasquez dealt with the unique challenges faced by queer and gender non-conforming youth in their communities – so much so, that bullying and lack of supportive environments prevented them from connecting with other members of the LGBTQ+ community until much later in life, where they found a safe and supportive space to explore their own identities.

Drawing on that experience, they decided to do something about it in 2020, co-founding Rainbow Labs in order to provide the very support they lacked and sought during their youth.

“We want LGBTQ+ youth to have the opportunity to meet other youth just like them while gaining support from empowering LGBTQ+ adults,” Toups said.

Rainbow Labs offers innovative after-school programming for underserved LGBTQ+ youth ages 13-18, with that programming rooted in evidence-based research around mental health and LGBTQ+ youth. Youth and mentors engage in the organization’s “Labs” that cover topics such as storytelling, entrepreneurship, sports, leadership development, and, “most important,” fun.

The mentorship is an especially important piece. In a focus group Rainbow Labs conducted in 2021 with LGBTQ+ youth, one of them said that “there are not enough mentors out there. I know if I had a mentor, I would feel more supported in my life – school, family, and friends.”

That empowerment has recently led to one of Rainbow Labs’ youth getting asked by the LA84 Foundation and The California Governor’s Office to participate in a roundtable discussion on youth sports and share the challenges LGBTQ+ youth face interacting in sports, especially as 68 percent of them do not play sports.

According to Toups, what motivates the organization is “the immense amount of growth” they see in their youth in a short period of time.

“Since launching our programming last year, we have had youth get into college, form their own LGBTQ+ student clubs at their schools, go after prestigious community awards, and provide feedback to…