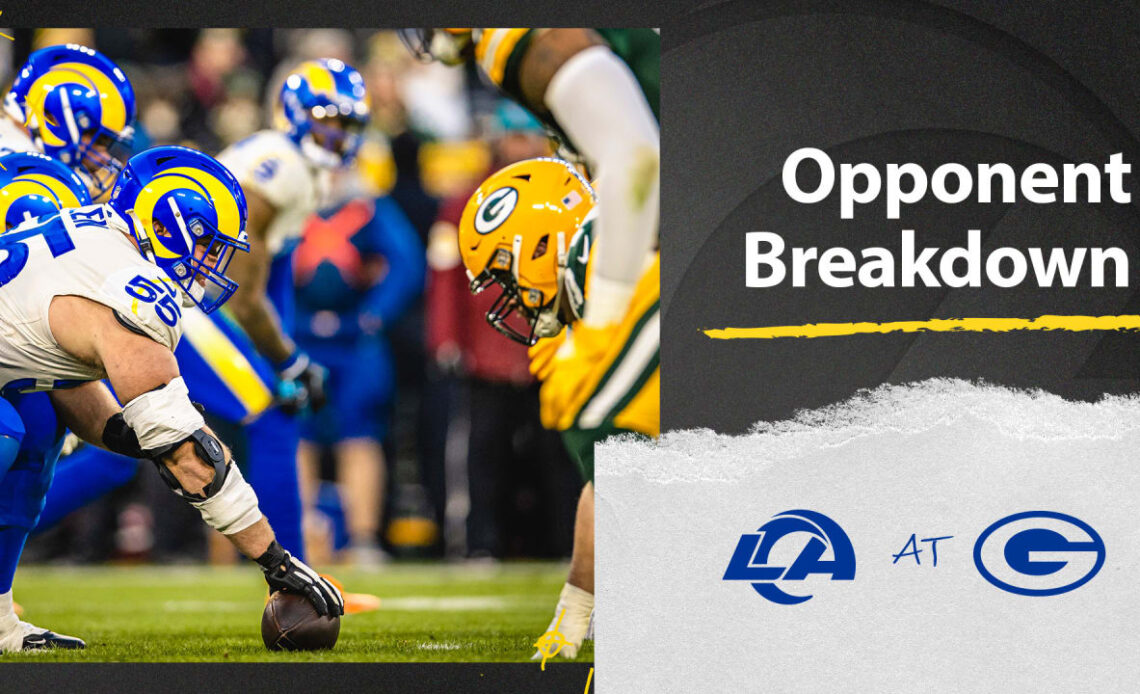 Despite suffering a stunning 38-3 blowout loss to the Saints in their season-opener, the Packers did not let it impact their play the rest of the season, winning seven-straight games thereafter. In fact, they would own a 9-3 overall record by their Week 13 bye.

Green Bay continued to stack victories after that late-season break, winning four of their final five games to finish 13-4 and clinch the No. 1 seed in the NFC playoff picture.

Having homefield advantage would not pay off, though, as the Packers were upset by the No. 6-seed 49ers 13-10 at Lambeau Field for an early postseason exit.

Most notably, the Packers traded All-Pro wide receiver Davante Adams to the Raiders for a first-round pick and a second-round pick in this year’s draft.

Matt LaFleur enters his fourth season as head coach of the Packers, compiling a 39-10 regular season record and 2-3 playoff record through his first three years.

What to watch for

There’s familiarity in that it’s the Rams’ third trip to Lambeau Field in 14 months, but compared to the first two visits, Packers quarterback Aaron Rodgers’ weapons will look a lot different.