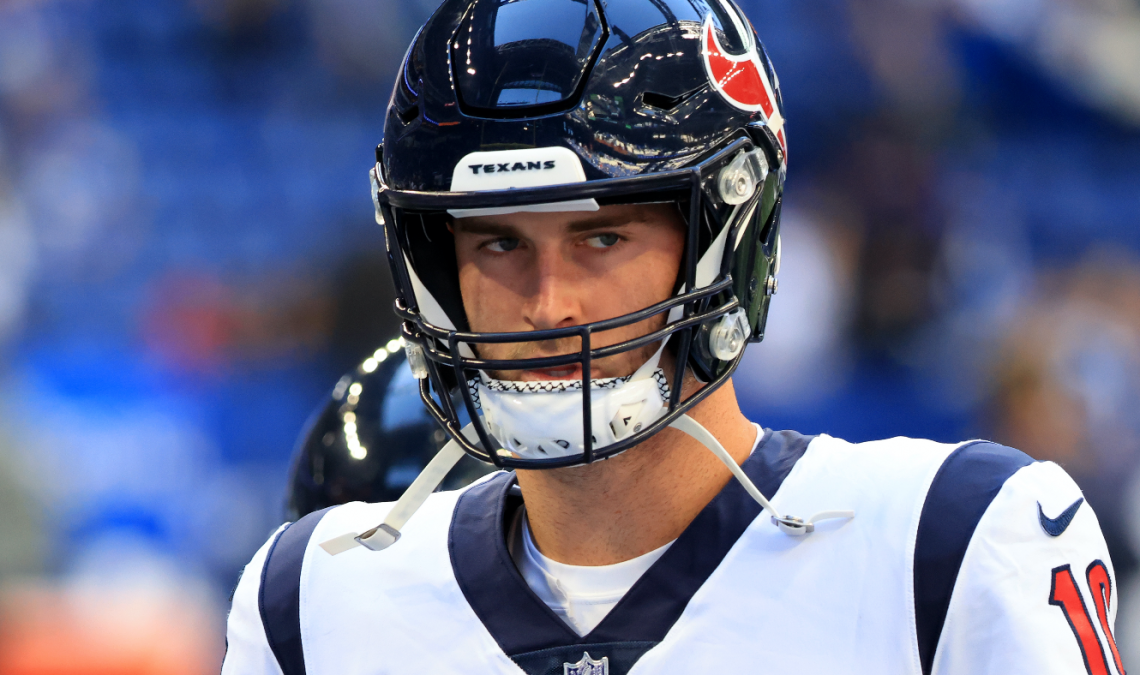 Davis Mills is slated to be the starting quarterback for the Houston Texans this coming season, but even he knows he has a lot to prove. He did not consistently “wow” in his first year with the team, but did enough to earn the starting job.

Mills commented on what he has learned with the Texans so far, saying the experience of the 2021 season helped him improve.

He admitted he is not at the top level yet and wants to show that he can be the one to win games in Houston.

“I think experience is a big factor in how my game progressed through the last season,” he said. “These reps I’ve gotten in this offseason are extremely valuable, and I’m excited to keep progressing. I still have a lot to prove to myself and to my teammates to go out there and win games, but we’re all excited for it, and I want to keep moving forward.”

Houston’s offensive coordinator Pep Hamilton expects Mills to have a better showing that he did last year because he has one year behind him in the league studying NFL defenses.

“Well, you expect from year 1 to year 2, any player or any quarterback in particular to have a better sense of an NFL defense,” Hamilton said. “That’s going to allow him to process information faster, and ultimately make better decisions, or be more consistent in making good decisions.”

The 23-year-old had moments of being flustered with decision making. He threw 16 touchdowns with 10 interceptions and was sacked 31 times in his 13 games played last season. The Texans went 4-13 and finished third in the AFC South, behind only the 3-14 Jacksonville Jaguars.

There really is only up from there and the Texans believe Mills is someone who can make the necessary adjustments to help them succeed.

General manager Nick Caserio said the two most important elements for a quarterback are decision-making and accuracy.

“So, when you look at that position, do you take care of the football, do you…