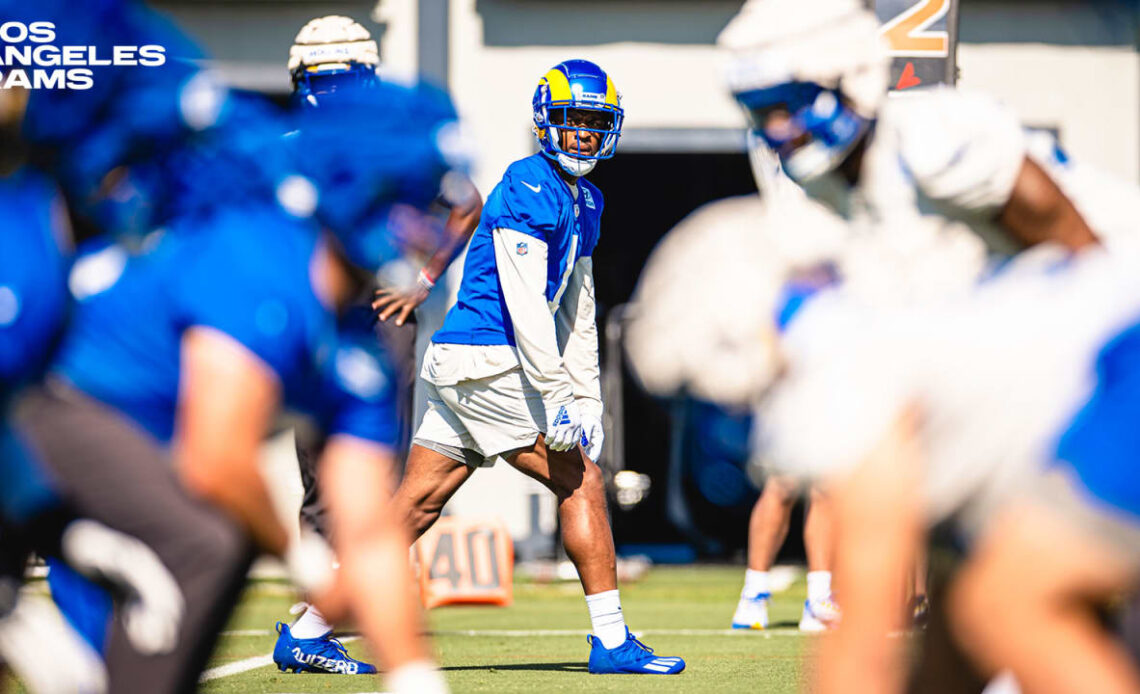 THOUSAND OAKS, Calif. – In the early stages of the offseason program, wide receiver Cooper Kupp, quarterback Matthew Stafford and head coach Sean McVay praised wide receiver Allen Robinson II‘s physicality and versatility, confirming what they had seen either on tape or while on the sideline in a game against one of his former teams.

Since then, they have also learned something else: Robinson is proving to be a quick study.

Stafford said it was difficult to assess his connection Robinson given he didn’t throw during the offseason program, but their interactions away from drills showed him how firmly Robinson knows the offense and his role within it.

“I’ve been very, very impressed with his ability to grasp our offense, his role in our offense,” Stafford said after the team’s June 8 minicamp practice. “His understanding, even when he might miss something or mess something up, the reason is so sound on why he did something – he heard this and thought that, and I’m like, ‘That’s a great thought.’ It’s really productive growth for him in our offense. “

Refining that role is an ongoing process that will pick back up during training camp in late July, but Robinson being ahead of the learning curve has helped give the Rams an early idea this spring of what he’s capable of.

“I think his route tree is extremely expanded from probably years ago, or maybe what we’ve had our other receivers do,” offensive coordinator Liam Coen said after the team’s June 8 minicamp practice. “I mean, he can run a lot of routes that Cooper can, you know – some of those option routes and choice routes and things that we asked Cooper to do – because he just has an unbelievable ability to play underneath, himself.”

All told, it makes for intriguing possibilities for Los Angeles’ passing attack this fall.

“I’m excited to see what he can do,” Stafford said. “And that room is a pretty special room as you look at it.”