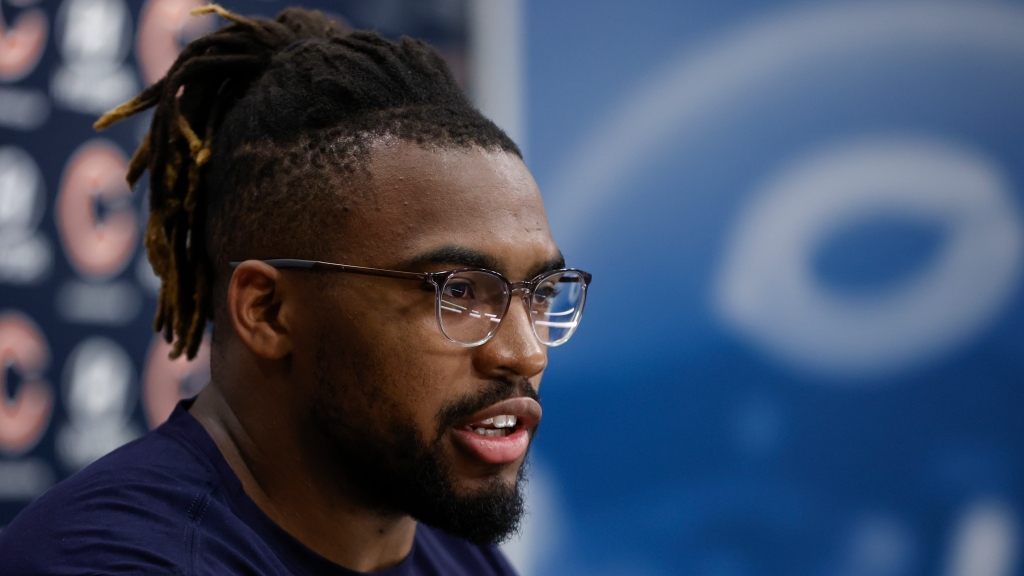 This is our online morning newsletter, Bear Necessities — weekly offseason edition. Subscribe to get the latest Bears news delivered to your mailbox every day.

Bears head coach Matt Eberflus made it clear that he’s not afraid to play young players, and he’s giving promising guys a chance to prove themselves. That includes fifth-round rookie Braxton Jones, who’s emerging as a legitimate contender for the starting left tackle job.

Chicago has been trying out different offensive line combinations, and Eberflus said “all combinations are open.” That includes giving Jones a look at left tackle while moving Larry Borom to right tackle.

Jones first started taking reps with the starters during the final week of organized team activities, and he remained with the first team through mandatory minicamp.

“I’ll be honest with you, yeah, I was definitely a little bit surprised,” Jones said. “I mean that surprise went away quick. It was thrown on me and it’s time to go. It was just something where you have to take a step forward, you have to progress more quickly and I think that’s good for me.”

A lot has been made about former second-round pick Teven Jenkins being demoted to the second team over the last two weeks of the offseason program. While that could be a way for the coaching staff to motivate Jenkins, it could also point to Jones making a strong impression and the coaching staff wanting to see what he can do.

Right now, Jones is embracing what comes with taking those starting reps, including stronger competition.

“It has been something that’s really good for me to get that speed, the speed of going against guys like Roquan Smith,” Jones said. “That’s crazy, you know. Certain things like that. It has been valuable for sure.”

The fact that Jones has warranted a look from the coaching staff says a lot about the impression he’s made so far. Heading into training camp, it certainly feels like Jones has a legit shot to start at left…