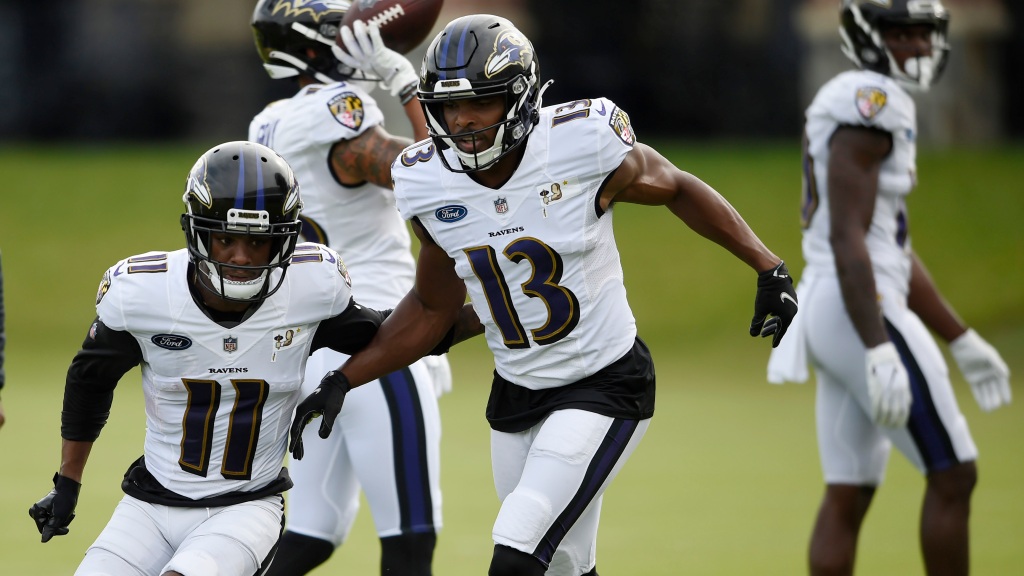 When it comes to the Baltimore Ravens, there are many things to think of. From a tough defense to a strong running game, there are plenty of things that Baltimore has gotten right on a consistent basis. However, many don’t give credit to their wide receiver position, which hasn’t been the greatest of strengths for the team.

During the 2022 NFL draft, the Ravens traded away wide receiver Marquise Brown after he made it clear he wanted to play elsewhere. The team also lost veteran wideout Sammy Watkins in free agency and moved on from pass catcher Miles Boykin as well.

What Baltimore has left at the position are talented young players such as Rashod Bateman, Devin Duvernay and James Proche II, Tylan Wallace and others. Each of those four have made plays in the regular season, even if there’s only a relatively small sample size.

In an article published by Ben Linsey of Pro Football Focus, he ranked the receiving corps of each NFL team for the upcoming season. The wide receiver groups were ranked in four tiers, and the Ravens came in at last tier, titled “likely a weakness. Baltimore’s group finished at No. 29 out of all 32 teams.

Linsey noted the only thing keeping Baltimore from falling any lower on the list is their star at tight end in Mark Andrews.

“The biggest thing keeping the Ravens from falling any lower is Mark Andrews — the second-most valuable tight end in 2021, per PFF WAR. The Marquise Brown trade puts a lot on the shoulders of unproven options, including Devin Duvernay, Tylan Wallace and James Proche, even if Baltimore uses heavy personnel often.”

Bateman appears to be the clear-cut wide receiver one on the team since the departure of Brown. Linsey believes Bateman needs to have a breakout year in order for the team to succeed in the passing game.

“Rashod Bateman stands out as the clear No. 1 at wide receiver after recording a 64.9 PFF grade on just over 600 snaps as a rookie. He missed the early portion of his rookie season…