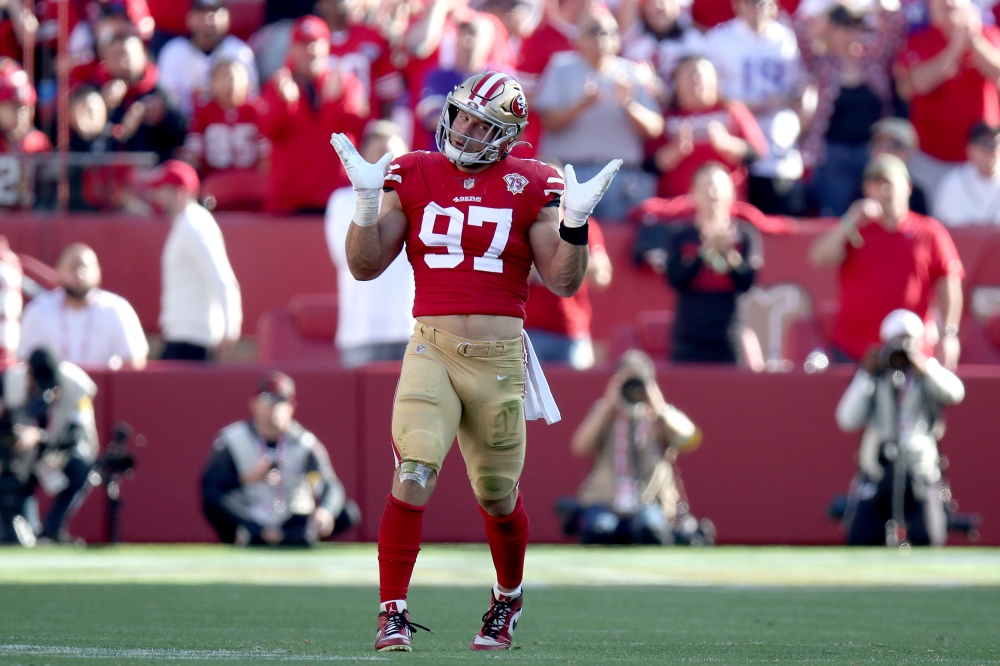 The 2019 NFL draft class was loaded. It was also an important group for the 49ers. They needed to get their picks right that year in order to throw their Super Bowl window wide open.

They hit a home run with their eight selections that year, and now after three full seasons for the 2019 draftees, the 49ers have two of the three best players from that class according to NFL.com’s Bucky Brooks. They had a third player just miss the cut in Brooks’ list of the top 15.

Here’s a quick reminder of San Francisco’s selections that year:

Five of those eight players are still with the club, and a handful of them have emerged as high quality starters in the league.

Here’s how Brooks had the 49ers placed in his rankings:

Bosa lands at No. 2 on the list. The only player ahead of him is Cardinals QB Kyler Murray who went first overall that year. There’s an argument to be made that Bosa has had a better start to his career even with an ACL tear that cost him virtually all of his second season. It wouldn’t be a surprise if by the time this class is done in the NFL that Bosa is considered the best pick from 2019.

The talented technician’s polished maneuvers flummox opponents on the edges. After suffering a season-ending knee injury in Week 2 of the 2020 campaign, Bosa returned in 2021 and promptly racked up 15.5 sacks (fourth-most in the league). He is a nightmare to block on passing downs due to his non-stop motor and giant toolbox. With few pass rushers possessing such a fruitful mix of instincts, skill and savvy, it is time to give Bosa his flowers as one of the elite sack artists in the game…