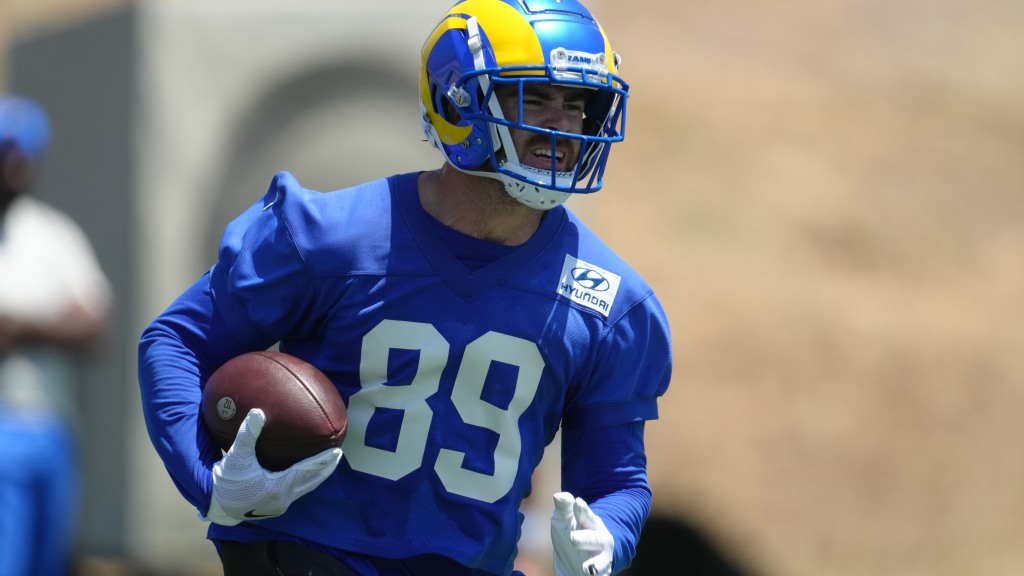 The Los Angeles Rams feature one of the most prolific aerial attacks in the NFL with Matthew Stafford manning the quarterback position. Cooper Kupp, Van Jefferson, and newly signed Allen Robinson are all candidates to have fantasy-relevant performances in 2022, but what about Tyler Higbee?

The Rams deployed 11 personnel a league-high 86% of the time in 2021, so some people could forget Higbee is involved in the offense, too. In his first year catching passes from Stafford, Higbee totaled 61 receptions, 560 receiving yards, and five touchdowns.

With Higbee playing at an extremely volatile position in fantasy football, what is his value in dynasty leagues in 2022?

It’s apparent that no one is going out of their way to select Higbee in dynasty leagues this offseason. The veteran tight end holds an ADP of 178 in startup leagues, according to FantasyPros.

Given the current state of the offense, Higbee is the No. 4 or No. 5 option on the Rams. Kupp, Robinson, and Jefferson could command more targets, while Cam Akers could be featured more in the passing game. That being said, Stafford trusted Higbee a decent bit last season, especially in the red zone.

If you’re unable to secure one of the elite tight end options early in your dynasty drafts, you could do a lot worse than Higbee.

When it comes to how he’s viewed among his peers, Higbee is currently being selected as TE22 in dynasty leagues. Higbee is being taken in the same range as Rob Gronkowski (who has yet to commit to returning in 2022) and Evan Engram.

To begin his tenure with Stafford, Higbee finished last season with 116.5 fantasy points in half-PPR leagues, which was good enough for TE14. One of the positives for Higbee was his red-zone usage in 2021.

Despite the other weapons that were present in the offense, Higbee was tied for the third-most red-zone targets (9) among tight ends a season…