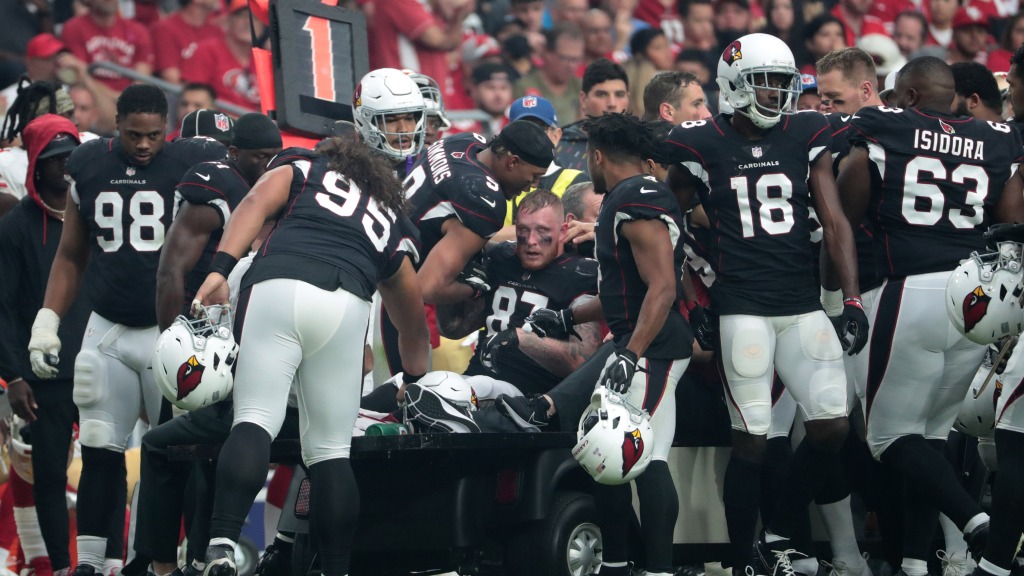 The Arizona Cardinals have wrapped up their offseason work and now are off until training camp. Camp will begin sometime at the end of July.

Before it begins, they will have to make some decisions about players coming back from injuries. One such player is tight end Maxx Williams, who tore his ACL in Week 5 and continues to recover and rehab.

He is not likely going to be ready to practice when training camp begins.

“He’s coming along,” head coach Kliff Kingsbury said last week during mandatory minicamp. “He’s doing everything he can. I think it will be (the) end of training camp when we kind of see where he stands. We’re not going to rush him.”

With Williams unlikely to be ready at the start of camp, it can be expected that he will start off on PUP (the physically unable to perform list). He will count against the 90-man roster but will not be eligible to practice.

If after all of training camp, he is not ready to play and has not come off PUP, he could bypass the 53-man roster and land on the regular-season PUP, which would keep him at least the first six weeks of the season.