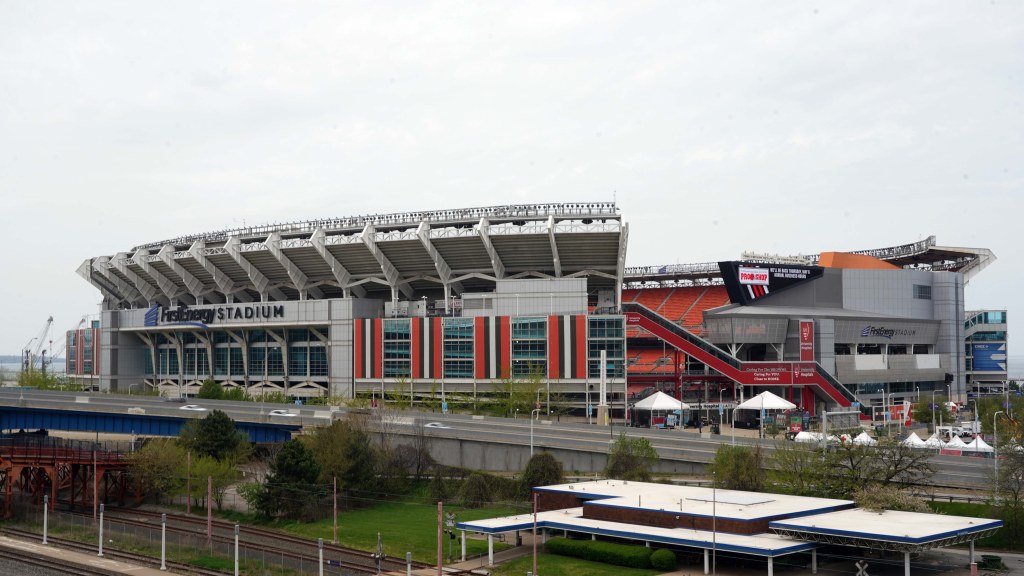 The Cleveland Browns have played their games on the shores of Lake Erie in the same stadium since they returned in 1999. Currently named FirstEnergy Stadium, it is the twelfth oldest stadium in the NFL.

All four of the AFC North stadiums were built within four years of each other with Baltimore’s the oldest (1998) then Cleveland’s with Cincinnati’s a year later and Pittsburgh’s opening in 2001.

The Haslam’s have done some renovation work over the years but rumors have swirled of a new stadium, with a dome being desired by both the ownership group and city officials.

A report came out this weekend that the team was looking to make that new stadium happen possibly downtown.

Browns spokesman Peter John-Baptiste issued the following statement regarding the team’s plans for a stadium:

“As we have consistently communicated, along with the City of Cleveland, the Greater Cleveland Partnership and other prominent local organizations, we have been immersed in discussing ways to best approach the lakefront’s future and the stadium naturally is a critical piece to the long-term execution of such a project,” the Browns said in a statement. “Contrary to recent speculation, a recent feasibility study we launched does not contemplate a new stadium or showcase new stadium sites. A significant stadium renovation at our current site is the premise of the study as well as a focus on how to provide accessibility to the lakefront, drive density and create 365-destination major development opportunities that would include new public parks, retail, office, experiential and residential spaces. The vision, as many in our community have already seen, is centered on an extensive land bridge. As we are just beginning the study, we certainly do not have enough information to determine the cost of renovating the stadium or what the aesthetics of such a renovation would entail. We believe our study will help answer those questions and should be completed in 2023. The future…