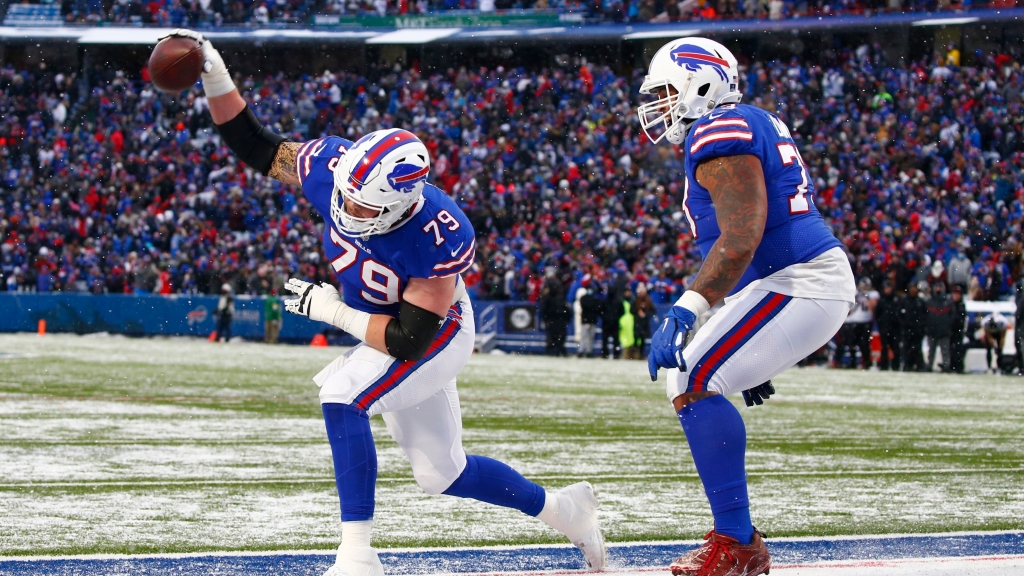 The Buffalo Bills don’t have an elite offensive line according to Pro Football Focus.

In fact, despite attempting to solidify the group this offseason, the football analytics outlets called the unit below average.

PFF has gone position-by-position ranking players and teams this spring. On Buffalo’s offensive line, PFF only thought of them as the 20th best O-line in the NFL.

The Bills signed veteran Rodger Saffold this offseason, adding him to the middle of their offensive line with Mitch Morse and Ryan Bates. What PFF’s analysis came down to is the outside of the line.

At tackle, PFF has praised Dion Dawkins in the past. Dawkins is only one of five tackles with a pass-blocking grade of 75 or higher the last five seasons, according to PFF’s metrics.

Pass blocking still remains the issue in Buffalo, but PFF doesn’t point to Dawkins. Rather, it’s Spencer Brown over a right tackle.

Here’s how PFF explained the Bills’ O-line slotting in at 20th:

This line really hinges on Spencer Brown’s development. He certainly exceeded expectations when forced to play 846 snaps as a project tackle taken in the third round last year. Exceeding expectations, however, still resulted in a 49.1 pass-blocking grade. That should change in 2022 to help the Bills’ offensive line take a step forward.