Could Dotson be the top receiver from ’22 draft 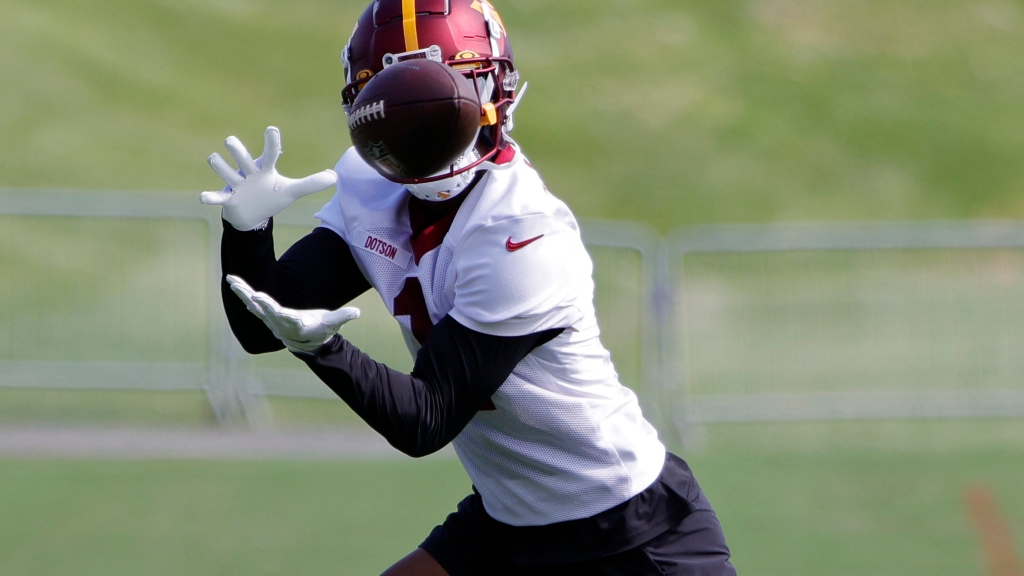 Once the Washington Commanders traded for quarterback Carson Wentz in March, most mock drafts from that point forward focused on a wide receiver going to Washington at No. 11 overall in the 2022 NFL draft.

Ohio State wide receivers Garrett Wilson and Chris Olave and USC’s Drake London were popular projections for the Commanders. Washington was in a good position at No. 11 to take one of the draft’s top receivers.

Fast forward to draft day, and London and Wilson go No. 8 and No. 10, respectively. The Commanders at No. 11 have Olave available and choose to move back five positions to No. 16, knowing Olave would be long gone.

Washington didn’t panic, believing it would get another receiver high on its internal board in Penn State’s Jahan Dotson.

While some believed No. 16 was too high for Dotson, others thought he was easily a first-round choice and one of the top four wideouts in the 2022 class.

Thus far, Dotson has been as advertised through OTAs and minicamp. With Terry McLaurin skipping part of Washington’s offseason program while he seeks a new contract, Dotson took advantage of his opportunity, quickly becoming Wentz’s favorite target through the spring.

In a recent story regarding McLaurin’s contract situation, Pro Football Network’s lead NFL reporter, Mike Kaye, said he believes Dotson could be the top receiver from the acclaimed 2022 class.

Check out this snippet from Kay:

Wentz has thrived when surrounded by multiple playmakers at wide receiver, and while Dotson has impressive upside (this writer thinks he could be the best wideout in the class when it’s all said and done), forcing the rookie to immediately deliver as a top target with the distraction of McLaurin’s holdout (or worse), seems like a recipe for disaster, especially as the Commanders try to shake the bad press and play of the last few years.

It’s important to note you can’t take too much from OTAs and minicamp. However, Dotson gets open, catches everything and is a…