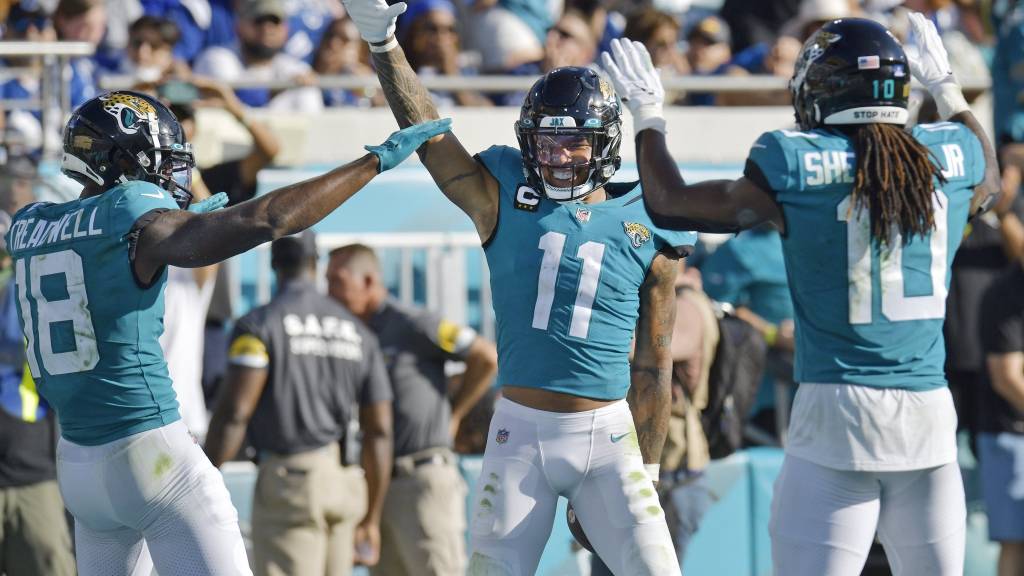 There is just over a month until training camp kicks off for the Raiders and the roster is just about set. However, one spot the Raiders could use some additional depth is at wide receiver after trading away Bryan Edwards last month.

In a recent article by Ian Wharton of Bleacher Report, he named a trade that each team should try to get done before the start of the season. For the Raiders, that was adding another veteran receiver who can play on the outside opposite of Davante Adams.

Wharton suggested Marvin Jones, who has spent the last few seasons with Jacksonville. Here is a snippet of why Wharton believes Jones would be a perfect fit with Derek Carr and the rest of the offense:

“(Marvin) Jones just turned 32 years old and is coming off a solid season, but he’s also seeing his numbers slowly decline. Some of that is the result of playing with a rookie quarterback on a terrible team.

The Raiders would assume just $4.95 million to pair Jones with Derek Carr. Adding Jones to a receiving corps with Davante Adams, Darren Waller and Hunter Renfrow would give the Raiders a strong fourth option. Carr’s aggressiveness and accuracy on back-shoulder throws also makes this a perfect fit for the offense.”

While Jones is still a productive receiver and would fit well into the offense, he’s just not the type of receiver this offense needs right now. Instead, they need a player who can stretch the field with their speed and keep safeties from crowding the line of scrimmage.

It wouldn’t be a surprise if the Jaguars did eventually trade Jones for a late-round pick, but don’t expect the Raiders to be one of the suitors. Look for them to explore other receiver options in free agency and through trades to find more speed.