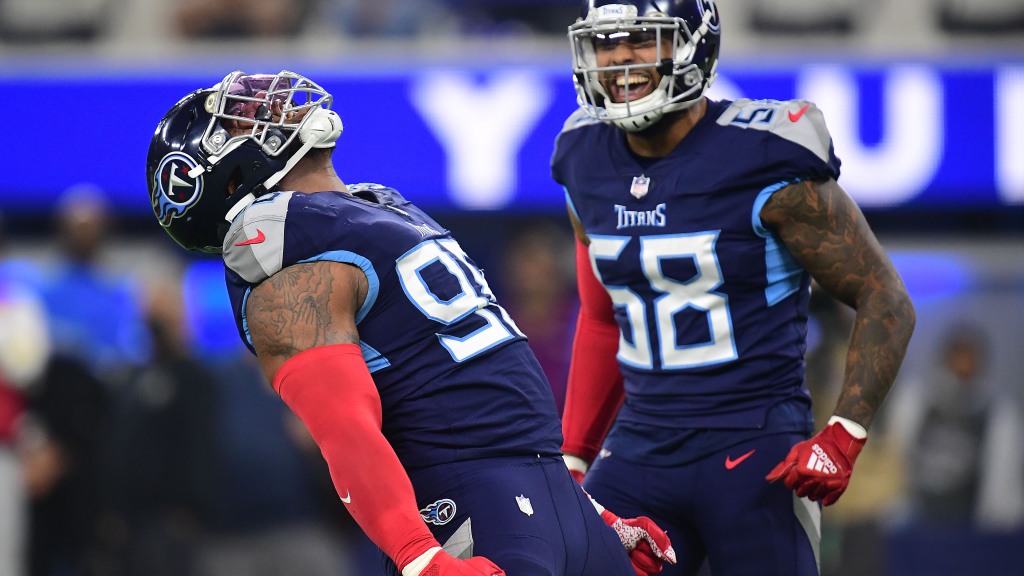 Prior to the 2021 season, if you were to pick out the Tennessee Titans’ best duo, the pair likely would have come from the offensive side of the ball after the Titans sported one of the best units in the NFL in 2019 and 2020.

We likely would have chosen either quarterback Ryan Tannehill and wide receiver A.J. Brown, or Tannehill and running back Derrick Henry.

However, after Tannehill and the offense struggled with consistency in 2021, and with Brown no longer on the team, choosing a duo from the defense, which experienced a revival last season, makes sense.

And we’re on the same page with CBS Sports’ Jeff Kerr, who listed outside linebacker Harold Landry and defensive lineman Jeffery Simmons as Tennessee’s best duo.

The Titans defense is anchored by two of the most productive players at their respective positions. A second-team All-Pro and Pro Bowl selection last year, Simmons finished with 52 pressures and 8.5 sacks with 16 quarterback hits. He was just one of three defensive tackles to finish with 50 tackles, eight sacks and 15 quarterback hits last season — joining Aaron Donald and Jonathan Allen.

Landry had a breakout season with the Titans last year as he finished with a career-high 75 tackles, 12 sacks and 22 quarterback hits — earning his first Pro Bowl appearance after four seasons in the league. Landry also recorded a career-high 57 pressures and finished with 41 hurries.

Both Simmons and Landry are 26 or under and should be anchoring the Titans’ pass rush for a long time. The best is yet to come for this duo.

Simmons and Landry made up half of one of the best front fours in the NFL last season, combining for 20.5 sacks between the two of them. Along with defensive lineman Denico Autry, the dynamic trio tallied a combined 29.5 sacks and was largely responsible for the turnaround.

Both Landry and Simmons had career years and received recognition as Pro Bowl replacements, and Landry even netted himself a huge…