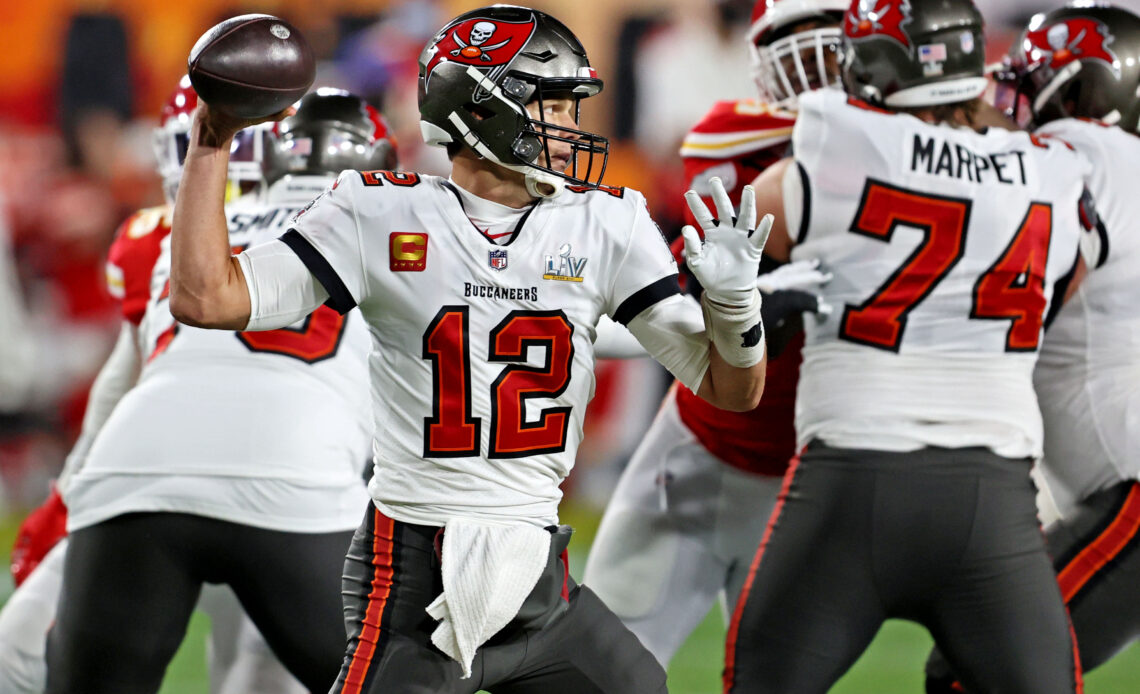 In Week 4 the Kansas City Chiefs will travel to Tampa Bay to take on the Buccaneers for “Sunday Night Football.”

This will be the first matchup between these two teams since Super Bowl 55 when the Buccaneers routed the Chiefs 31-9. The Bucs are coming off a 13-4 2021 campaign which ended in the NFC Divisional playoff round to the eventual Super Bowl champion Los Angeles Rams.

It’s been an eventful offseason for Tampa Bay. Quarterback Tom Brady retired for 40 days before changing his mind to return for a 21st NFL season. Bruce Arians stepped down as the Bucs’ head coach and transitioned to a senior consultant role. He was succeeded by defensive coordinator Todd Bowles, who named Kacy Rodgers and Larry Foote co-defensive coordinators.

Let’s take a look at some of the Bucs’ key players and their outlooks heading into the regular season:

What can be said about Brady at this point that isn’t obvious? The G.O.A.T. is still playing at a very high level and should have the Bucs in the mix to contend for the Super Bowl once again. He comfortably led the NFL in passing yards last season with 5,316 while also finishing first in touchdown passes with 43.

Brady has a stacked offense to work with during 2022, with multiple Pro Bowl receivers and offensive linemen. This will be his 14th…