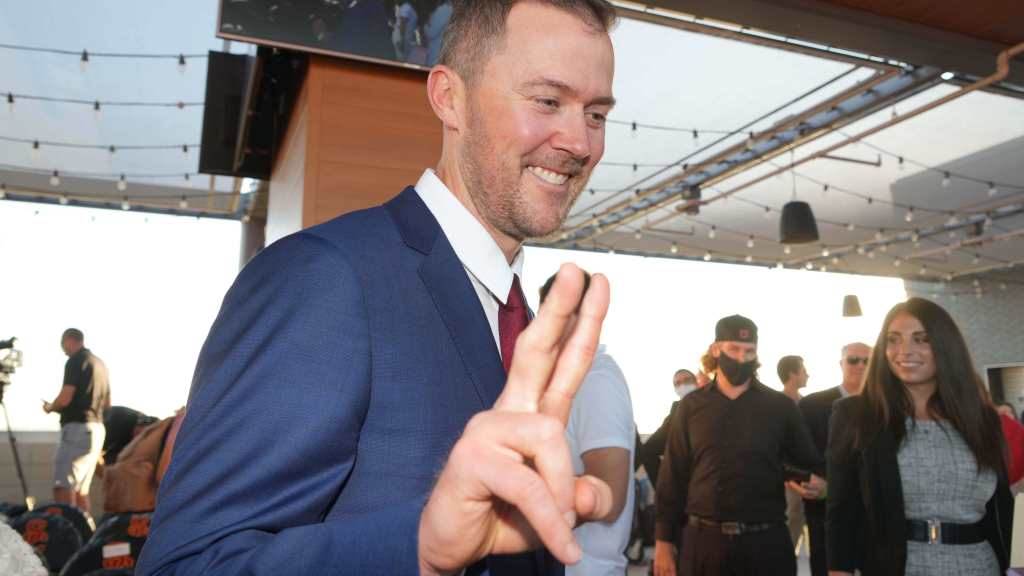 Lincoln Riley brought a number of staffers from Oklahoma to USC to shape his recruiting operation. One of them is Annie Hanson.

Riley is first and foremost a coach, but he knows that investing in recruiting and having people who specialize in putting on a show for recruits is a central, not peripheral, part of this business.

Hanson played a lead role in putting together the big recruiting weekend which just unfolded at USC. The Salute to Troy was just one of several splashy events with a festive and welcoming quality meant to knock the socks off the prospects in attendance.

Positive reactions have poured in from recruits, and several commitments have reportedly been secured. We’re going to share those commits with you once they are revealed.

At any rate, Annie Hanson — as part of Lincoln Riley’s team, moving from OU to USC — is carrying the image of a rocket ship from Norman to Los Angeles. She tweeted this in 2019:

Let’s be clear: Riley’s use of the rocket ship as an image is not brand new.

However: It’s potent. It’s a strong image. It works. It conveys a sense of unbridled aspiration, truly reaching for the stars in a city which loves stardom.

Riley used the rocket ship image in public remarks during this USC recruiting push over the weekend:

USC clearly has momentum. We will see just how much of it can be consolidated into long-term gains. We’ll have plenty more from the recruiting trail in the days to come.