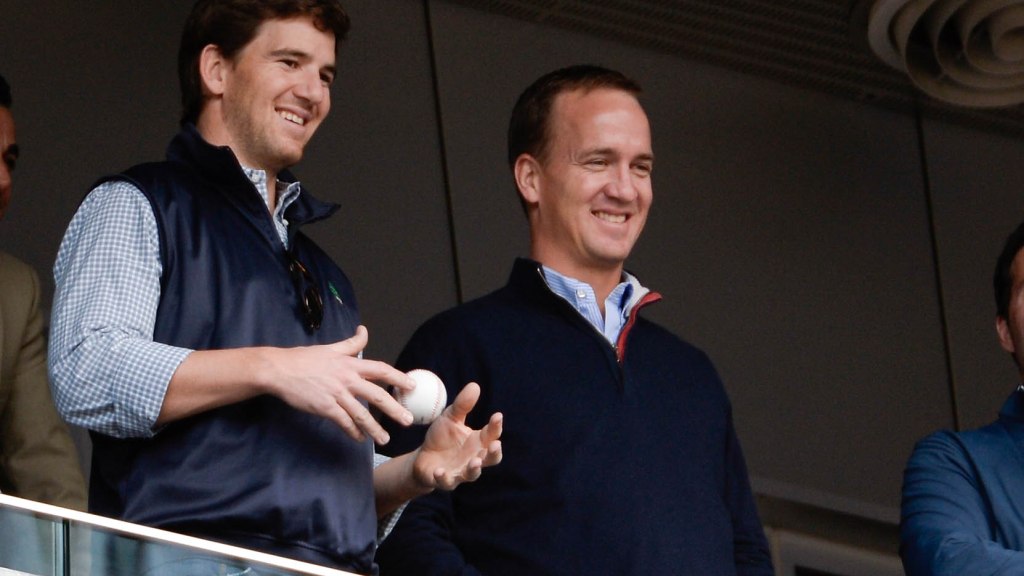 Retired NFL quarterback Peyton Manning decided to take in a College World Series game between Auburn and Ole Miss this past weekend, and things got a little cheeky.

When Ole Miss highlighted Peyton’s attendance on the video board, they couldn’t help but poke a little fun at him using his younger brother, retired New York Giants quarterback Eli Manning.

Peyton was likely in attendance for Ole Miss’ 5-1 victory over Auburn because he’s filming a baseball episode of “Peyton’s Places.” Prior to that game, he joined Denver Broncos quarterback Russell Wilson for some batting practice ahead of a Colorado Rockies game.

It’s been a busy offseason for the Manning Brothers. They continue to work on their own media empire which includes winning a Sports Emmy for the ESPN Monday Night Football alternate telecast, the ManningCast.

Eli has also been tabbed to executive produce and voice act his own children’s animated series in addition to his other ventures.