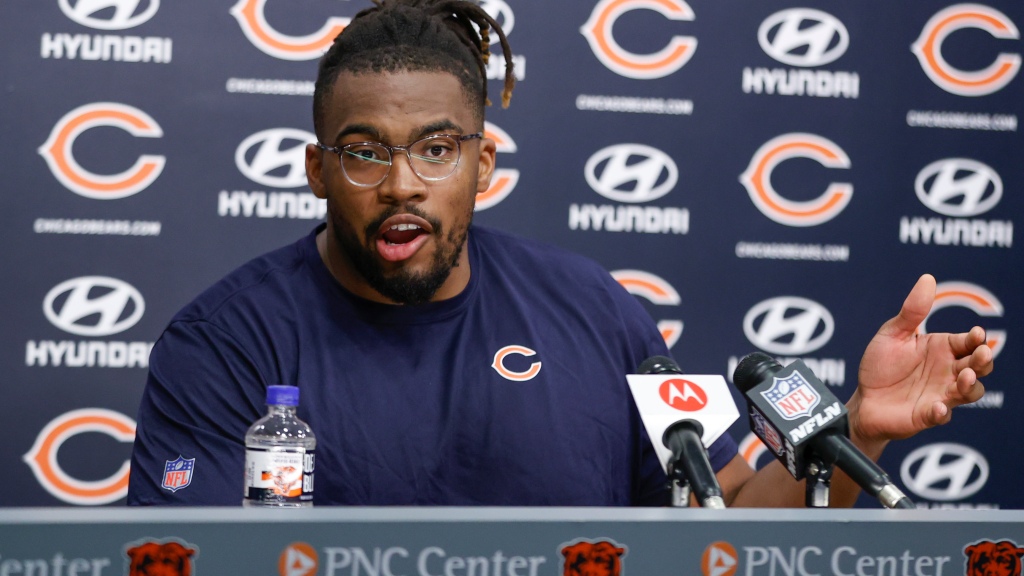 The Chicago Bears offensive line is still a work in progress following the offseason program, which isn’t the most reassuring thing ahead of training camp. But there’s one name who’s been surprising over the last couple of weeks — fifth-round offensive tackle Braxton Jones.

Jones has seen time at left tackle with the starters during the final week of organized team activities and all of mandatory minicamp, where head coach Matt Eberflus is getting a look at different offensive line combinations.

For Jones, he was surprised at first, but he quickly settled into his role, where he got some valuable reps with the first-team offense.

“I’ll be honest with you, yeah, I was definitely a little bit surprised,” Jones said. “I mean that surprise went away quick. It was thrown on me and it’s time to go. It was just something where you have to take a step forward, you have to progress more quickly and I think that’s good for me.”

Jones has definitely emerged as a candidate for the starting left tackle job this season. But could he be an impact player for years to come?

NFL analyst Chris Trapasso certainly thinks so, as he believes Jones is going to be the Bears future franchise left tackle.

The fact that Jones has warranted a look with the starters from the coaching staff speaks to the impression he’s made during the offseason, which could translate to an immediate starting job.

“I know I’m a fifth-round draft pick and everything like that, but I was drafted for a reason, and I think I’m here for a reason, and that’s the biggest thing,” Jones said. “It’s going to be a process for sure. It’s just taking it day-by-day and getting 1% better every day.”

But the real test starts when the pads come on in training camp.