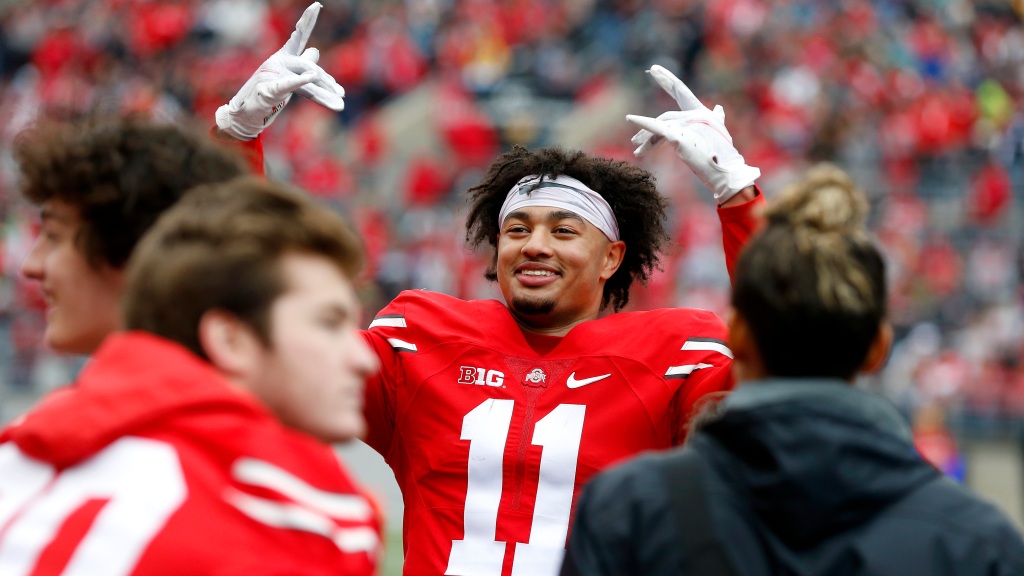 If we’re talking strictly quarterbacks, the 2023 NFL draft will probably look like an alternate universe compared to what we saw almost two months. Because unlike 2022, there should be at least a handful of passers sprinkled throughout the first round.

So, which one (or ones) may be there for the Carolina Panthers to take?

In the latest mock from our friends over at Draft Wire, the Panthers actually don’t opt to indulge themselves like a kid in a candy store. Instead, according to editor Luke Easterling, they jump on the class’ No. 1 wideout with the sixth overall pick—Buckeyes standout Jaxon Smith-Njigba.

“The Panthers might have stolen a quality starting quarterback in Matt Corral, but he could use another dynamic pass-catcher to pair with DJ Moore,” Easterling writes. “Smith-Njigba is the next elite receiver prospect to come out of Columbus, and might be the best we’ve seen in a while.”

The six-foot, 197-pounder is incredibly athletic and quite well-rounded as a pass catcher. And that showed through his monstrous in 2021, where he reeled in 95 balls for 1,606 yards and nine scores.

Having Moore, Smith-Njigba and Marshall Jr. locked up for the foreseeable future (perhaps with Robbie Anderson still around), would be one heck of an arsenal for Carolina and whoever is under center next season.